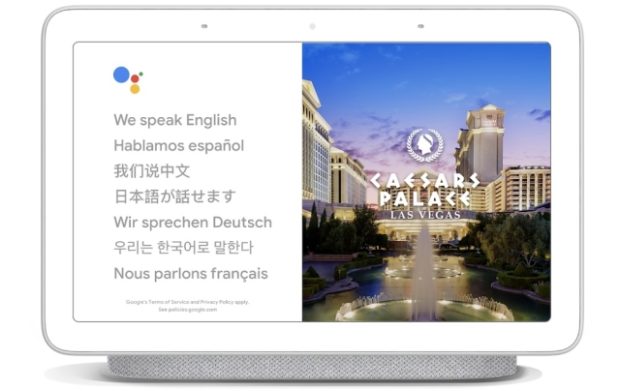 The Google Assistant’s interpreter mode has begun rolling out to mobile devices. Image: Courtesy of Google via AFP Relaxnews

Back in February, Google launched an Assistant feature for smart displays called interpreter mode. The tool can understand conversations being conducted in different languages in real-time and display the translation of each person on a split screen. This week, this feature began rolling out to iOS and Android devices, too.

To activate this mode, a user can call on the Assistant to “be my Thai translator” or “help me speak Thai.” In response, they will be provided with live subtitles of the conversation right on their phone. The Assistant will then offer the speakers automated Smart Replies to hasten the discussion and possibly make it more natural. If members of the conversation are in a quiet environment and do not want to speak, interpreter mode can translate text-based messages live.

Don’t want to get lost in translation? Let your Google Assistant be your real-time interpreter by saying, "#HeyGoogle, help me speak Spanish." Here’s how to use interpreter mode in 44 languages, rolling out on phones today → https://t.co/vASrsm06s7 pic.twitter.com/yaPbCmvnxA

This tool is expected to be far more useful on a smartphone which can be used when one is out and about in the world of unfamiliar places rather than on an at-home or in-office smart display where language barriers are likely fewer.

In any case, interpreter mode can work worldwide with 44 different languages. If you are an Android user, because it is integrated right into the Assistant, there is no need to download anything. iOS device owners, on the other hand, need to download the latest version of the Google Assistant app. RGA