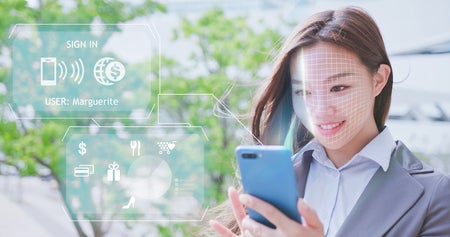 An artificial intelligence (AI) company based in the United States is raising security concerns after it managed to fool facial recognition systems in airports and payment terminals.

The tech company Kneron conducted an experiment using masks and photos to try and fool facial recognition terminals and succeeded, as per Fortune on Dec. 12.

The Kneron team conducted one part of the experiment in China, where facial recognition is widely used. One member of the AI company used a high-quality, 3D mask of his own face to fool AliPay and WeChat for payment purposes.

These systems, similar to those used in airports, recognized the face mask as the real thing and allowed the purchase. This technology does not entirely replace the use of PIN or fingerprints to allow transactions, however, as the other two options are still available in these systems.

Also in China, the same person also managed to board trains and pay fare using the same mask. He first fed his ID into a train station turnstile with his mask on, and the system validated his mask and allowed him to pass through, as per The Verge on Dec. 13.

Although the face mask used in the experiment was specially made to look like a real one, it still raises concerns since con artists and criminals may take advantage and use the faces of other people, or even celebrities, to commit fraud.

Another part of the test was conducted in the Netherlands’ largest airport, Schipol Airport. With much less effort than the previous test, Kneron just used a photo on a phone screen and fooled the facial recognition system at the self-boarding terminal.

Kneron documented the experiment through video, which they shared with the news outlets but did not allow its publication online, as per The Verge. It is important to note, however, that only one person from Kneron directly conducted the tests as seen in the video, and that it was not made clear if every attempt was successful.

Meanwhile, Fortune reported that the facial recognition system which was fooled already had an image of the person who conducted the experiment. Kneron further emphasized that such technique is unlikely to be widespread because the mask used in the experiment was made by Japanese specialty mask makers.

But the fact that it worked is still a concern, according to the report. WeChat, AliPay and Schipol Airport have yet to respond to requests for comment, as of writing.

Kneron’s CEO, Albert Liu, argued that it is possible to improve facial recognition technology, and that Kneron conducted the experiments to specifically learn about the lapses as they are developing their own improved take on facial recognition.

“This shows the threat to the privacy of users with sub-par facial recognition that is masquerading as ‘AI.'” Liu was quoted as saying. “The technology is available to fix these issues but firms have not upgraded it. They are taking shortcuts at the expense of security.”

The tech company also noted that they failed to deceive some facial recognition, such as Apple’s iPhone X. Ian Biong/JB

Universal Studios park in China to have facial recognition tech