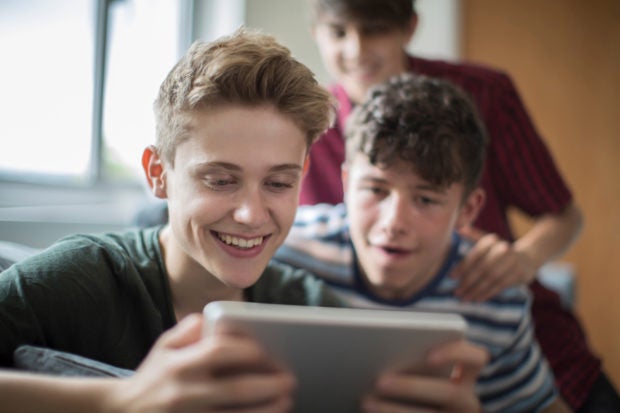 Boys who reported seeing their peers engage in inappropriate behaviors towards women were two to five times more likely to engage in various violent behaviors themselves. Image: Daisy-Daisy/IStock.com via AFP Relaxnews

An American study suggests that the key to overcoming sexual harassment and violence against women, as well as other forms of interpersonal violence among youth, lies in education.

Researchers at the University of Pittsburgh School of Medicine and the UPMC Children’s Hospital of Pittsburgh in the United States interviewed 866 boys aged 13 to 19, who were recruited to participate in a gender-specific violence prevention program. The adolescents anonymously completed a questionnaire outside of school or hospital settings.

The study was published in the American Journal of Preventive Medicine.

Of the 619 surveyed adolescents who reported already having had a “date,” one in three reported violent behavior towards a dating partner in the previous nine months.

Boys who saw their peers engage in disrespectful verbal, physical or sexual behavior against women (for instance, inappropriate remarks about their bodies) were themselves two to five times more likely to adopt violent attitudes, such as harassing girls or fighting with others.

Sexual harassment, whether or not dating occurred, was also common, with 56% or 485 of the respondents reporting such behavior. In addition, 587 of the teens surveyed admitted having been involved in physical fights or having threatened or injured someone with a weapon.

However, those who reported having more gender-equitable attitudes were not any less likely to engage in homophobic teasing, which three-quarters of the boys surveyed endorsed.

“This study illustrates the need for cross-cutting prevention strategies that address multiple aspects of youth violence,” commented Alison Culyba, associate professor of pediatrics at the Division of Adolescent and Young Adult Medicine, UPMC Children’s Hospital of Pittsburgh, one of the study’s authors.

“The Me Too Movement brought to light how pervasive sexual violence and derogatory behavior toward women is in our society,” said lead author Elizabeth Miller, MD, PhD, professor of pediatrics at the University of Pittsburgh.

“Our findings highlight the wide-ranging impact that witnessing sexual harassment and dating violence has on our teenage boys, and present an opportunity to teach adolescents to challenge negative gender and social norms, and interrupt their peer’s disrespectful and harmful behaviors.” IB/JB

Following a specific diet can contribute to loneliness at shared meals