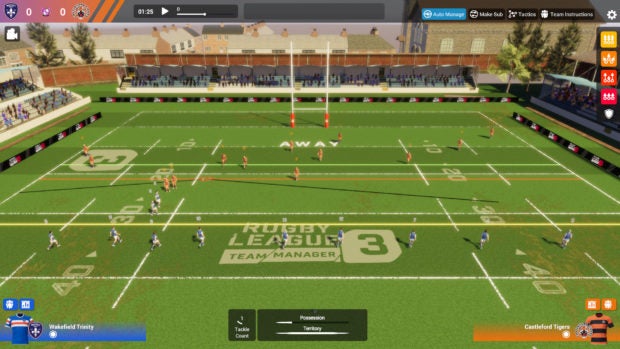 A new game engine, new graphics and animation, and a redesigned user interface lead the charge for “Rugby League Team Manager 3” as it makes its debut this week.

The sports club sim is the third such League management title from the United Kingdom’s Alternative Software, set up a short drive away from the Castleford Tigers Super League team, and with three such lines in its locker — one for Rugby Union and another series focused primarily on match-day action.

With club teams in the northern and southern hemispheres preparing for the start of new league seasons over the next few months (Super League XXV starts Jan. 30, Australian and New Zealand seasons begin in March), Alternative is also giving “Rugby League Team Manager 3” a run-out from Jan. 7, with full release planned for early February.

The studio is also expecting to implement more basic and advanced moves for club team players during the Early Access phase. CL/JB