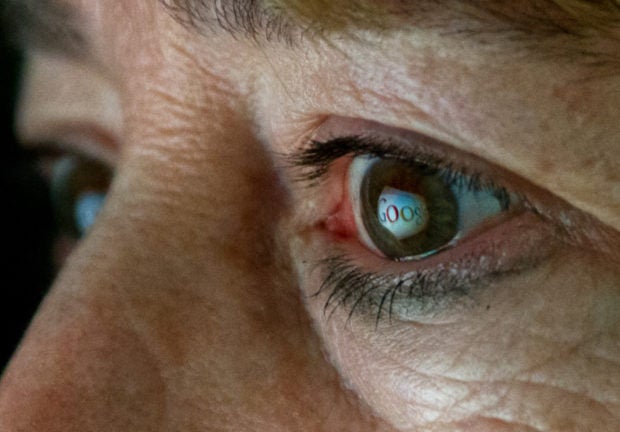 Google on Tuesday provided a look at efforts to put artificial intelligence to use for good. Image: AFP/Karen Bleier

Google on Tuesday provided a look at efforts to put artificial intelligence (AI) to use for good, from protecting whales to breaking language barriers.

Among demonstrations on Tuesday was a “bioacoustics” project using AI to help scientists, governments and nonprofit groups track endangered species.

Two years ago, Google partnered with the United States National Oceanic and Atmospheric Administration to track humpback whales by using AI to recognize the sound of whales in audio captured by underwater microphones.

Another AI team showed how Google translation software that already lets smartphones serve as interpreters is being enhanced to power a new feature to transcribe what is being said in real-time and provide the results in text.

“With this, your Android mobile phone will effectively turn into an almost real-time translator device for long-form speech,” Google said.

Google’s AI endeavors include infusing cords, headphone cables, clothing drawstrings or other textiles with gesture-sensing capabilities that could allow electronic devices to be controlled with squeezes or twists.

Google engineers are also exploring using AI to help with medical diagnostics, such as detecting signs of cancer or eye disease in scans.

Pichai, also the boss of Google’s parent company Alphabet, argued before an audience at a Brussels think tank, Bruegel, that companies like his own — an internet behemoth valued at $1 trillion — need to be given a say as governments formulate AI regulatory policy.

AI is seen as an area where developments and applications risk outpacing regulatory measures unless authorities act swiftly.

“There is no question in my mind that artificial intelligence needs to be regulated,” Pichai said while stressing that Google wants “to offer our expertise, experience, and tools as we grapple with the inevitable tensions and trade-offs.” CL/NVG