Wizards of the Coast sets up games studio, eyes sci-fi 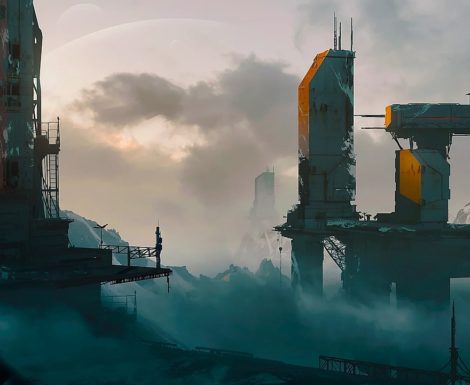 Instead of licensing out a new “Dungeons & Dragons” video game, the role-playing and card-game company Wizards of the Coast is taking things in-house for a new sci-fi game.

The untitled project will be “a story-driven epic” that’s “set within an all-new science fiction universe,” per Wizards’ announcement, in which the choices players make “will have real consequences on how their story unfolds.”

Little else is known about the game’s scope, save for its intended launch on multiple platforms.

Leading Archetype Entertainment are two industry veterans: its studio head is James Ohlen, whose time at BioWare extends back 20 years; he has held design director positions on “Jade Empire” and several entries to the “Baldur’s Gate” series, critically acclaimed as they were.

Both served as leads on two of BioWare’s most recent releases, “Mass Effect: Andromeda” and “Anthem,” two games that, notoriously, endured difficult launches and were much less well-received than usual for BioWare projects.

Now as part of the Wizards of the Coast family, the pair gets another run at making a high-quality sci-fi game.

Perhaps with a nod to the fate of “Anthem” and “Andromeda,” one of Archetype’s three stated core values is humility: “We understand that we can always improve and learn from other team members and other studios.”

As for Wizards of the Coast, the company is much better known in video gaming for its fantasy licenses—”Baldur’s Gate” is part of the Dungeons & Dragons empire, for example, while digital “Magic: The Gathering” card games are also Wizards of the Coast properties.

The studio announcement is part of Wizards’ renewed enthusiasm for video game projects. Concurrently, Dungeons & Dragons has been experiencing a resurgence aided by the popularity of actual play podcasts and live-streamed gaming sessions.

Late on in 2019, and after announcing that acclaimed “Divinity” studio Larian would be making “Baldur’s Gate III,” the company announced a slate of seven or eight titles, one of which would be a late 2020 fantasy action game called “Dark Alliance”; it had bought the “Dark Alliance” studio a few months earlier.  CL /ra