Google Earth on mobile can now display space, stars around the planet 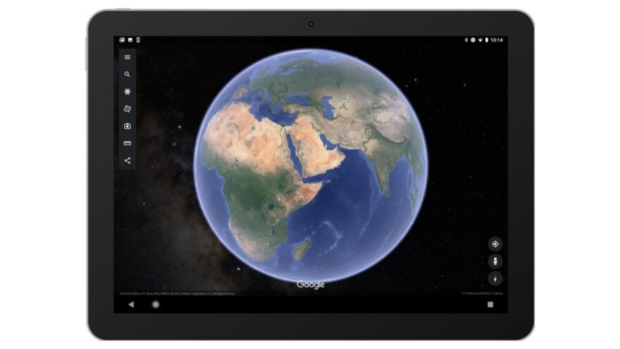 Google Earth now portrays stars in the mobile version of the platform. Image: Courtesy of Google via AFP Relaxnews

Before Thursday, Google Earth for mobile devices only presented the Earth on a blank, black background when users zoomed out to view the entire planet. Now, instead of the plain backdrop, space has been inserted into the application.

Not only have stars been placed around the Earth, but they have also been depicted accurately “as they’d appear to a space explorer at a point some 30,000 miles above the planet.”

This detail adds more realism to the application just as the addition of animated clouds did when they were introduced last summer. Similarly to the stars, these are not arbitrarily placed clouds, but are those which exhibit “the last 24 hours of weather patterns around the globe.”

In any case, whether exploring the Earth or looking at the stars, Google Earth has offered a whole new way to observe the planet. RGA