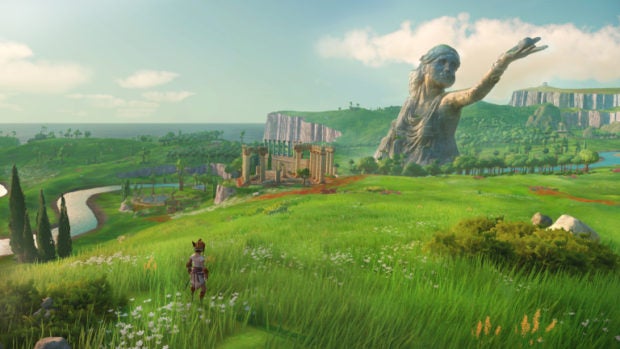 Ubisoft executives have laid out a roadmap for the French-based company’s five big releases over the coming year.

Three are expected between October and December 2020, with the remaining two expected January to March 2021.

Action-adventure game “Watch Dogs Legion” is one of the three known quantities.

First revealed in June 2019 and delayed from an initial March 2020 launch, it’s set in London during a post-Brexit authoritarian dystopia.

Players are part of an underground resistance movement and recruit citizens from varied walks of life to their group.

“Rainbow Six Quarantine” spun-off from 2015’s tactical shooter “Rainbow Six Siege” is a three-player co-operative shooter in which elite military operators are now facing off against a threat from mutated, parasitic alien beings.

Thirdly, “Gods & Monsters” has been enthusiastically received as a blend of Nintendo’s stupendously successful “The Legend of Zelda: Breath of the Wild” and the Greek mythologies touched upon in Ubisoft’s own “Assassin’s Creed: Odyssey”.

Not mentioned during the February 6 financial call were two of Ubisoft’s most prominent action game franchises, “Assassin’s Creed” and “Far Cry” already suspected of being the roadmap’s two other unnamed titles.

Eleven games in the “Assassin’s Creed” franchise have been released since a 2007 debut.

Starting with 2012’s “Far Cry 3”, Ubisoft has adopted a policy of releasing a core game and then a spin-off or remix based on the work put into making its predecessor, most recently resulting in 2019’s “Far Cry 5” revisitation “Far Cry New Dawn”.

Those “Far Cry” and “Assassin’s Creed” suspicions were bolstered when Ubisoft CEO Yves Guillemot ruled out “Beyond Good and Evil 2” during the call’s investor Q&A session, while seafaring combat project “Skull & Bones” remains a possibility. JB