Apple potentially on the brink of launching a new Apple TV 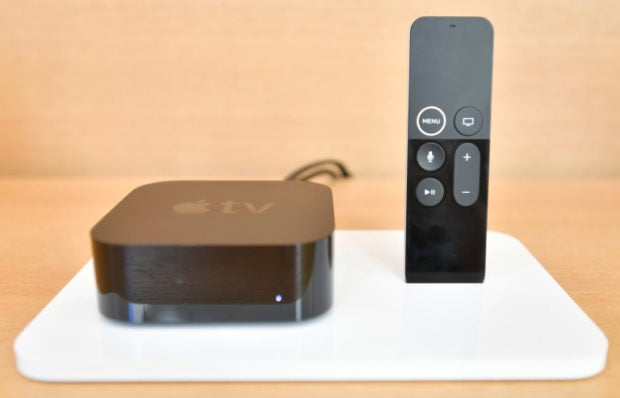 A new Apple TV device is seen on display at an Apple store in San Francisco, California on Sept. 22, 2017. Image: AFP/Josh Edelson via AFP Relaxnews

According to reports, the latest software beta of the Apple TV operating system contains references to unannounced hardware.

About three years after Apple announced the fifth generation of the Apple TV, the first 4K version of the device, the company launched a tvOS developer beta that contains references to a new, currently unannounced Apple TV.

According to 9to5Mac, code in beta tvOS 13.4 refers to “a new Apple TV with the codename ‘T1125,’ while the current Apple TV 4K is named ‘J105a’ and the HD model is ‘J42d’. The letter ‘T’ at the beginning suggests that it’s an internal model, probably a prototype that hasn’t been completely finished yet.”

While little is revealed about T1125, it’s suggested that it uses the same hardware found in the A12 and A13 Bionic chips; the fifth-generation model uses an A10 Fusion processor.

Updating the chip will improve the overall performance of the device, especially the performance of games on the Apple Arcade platform which launched last year.

Though the company has not commented on the launch of a new-generation Apple TV, it’s possible that one could make an appearance at the spring hardware event that Apple typically holds from year to year. JB

Apple to offer same app across multiple platforms as a bundle

Tinder to offer tools that allow users to filter matches