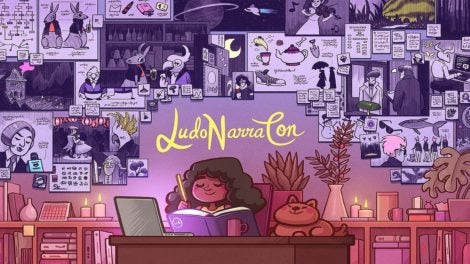 Three days of behind-the-scenes previews, cozy conversation and demo gameplay are headed to the PC gaming platform Steam in April.

LudoNarraCon (LNC) 2020, an open-access digital festival about stories and games, is coming back for a second outing.

A 12-hour program of live panels will go live when LNC 2020 begins, then played back on a loop, taking the pressure off visitors and hosts alike.

Developers can then be found in live streams on their own game pages, showing how (and why) they made their games through another three to four hours of looped livestream video.

Some studios will also be offering playable demos over the course of LNC 2020.

Another 10 or so are expected to feature when the event goes live.

LudoNarraCon 2020 builds on the experience of an inaugural 2019 event as well as Steam’s subsequent Game Awards tie-in in December, which provided Steam visitors with access to over a dozen temporary game demos.

Like the previous year’s LNC, 2020’s event will also have a story-rich game sale running alongside it, with over 50 games signed up for the promotion.  CL /ra