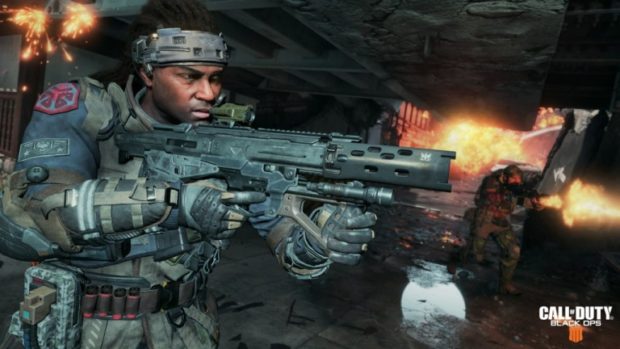 “Call of Duty: Black Ops 4” didn’t have a solo story mode, and it’s thought that “Black Ops 5” will. Image: Treyarch/Activision via AFP Relaxnews

Activision won’t say which of its studios is making 2020’s “Call of Duty” franchise entry, but it will say that “Call of Duty: Mobile” is the series’ largest platform.

For the last six years, the “Call of Duty” franchise has been rotating between three of its publisher’s internal studios.

Infinity Ward is best known for founding the franchise and producing the “Modern Warfare” sub-series, Treyarch for coming up with the “Black Ops” sub-series, and Sledgehammer for leading on “Advanced Warfare” and “WWII,” with each assisting the others on their respective projects.

One reason might be that Activision wants to keep fans guessing and increase anticipation for the next game.

Another could be that development on the 2020 game has been shared more than usual.

According to the franchise’s usual rotation pattern, Sledgehammer should have been making 2020’s “Call of Duty” but, per May 2019 reporting from Kotaku, Treyarch was then given control for undisclosed reasons.

“We can’t wait to unveil what [our] teams have been working on and we feel great about the content,” said CFO Dennis Durkin during an investors call in support of the financial report, advising that the game may not necessarily sell as well as 2019’s release. “As is customary, we are prudently assuming lower sell-in [of ‘Call of Duty 2020’] in Q4 versus ‘Modern Warfare’ this past year.”

A 2019 subseries reboot, “Call of Duty: Modern Warfare”, was up on its 2018 predecessor “by a double-digit percentage” both in terms of sell-through and in-game net bookings, downloadable content and microtransactions, though Activision did not offer precise figures, leaving them open to interpretation.

Additionally, “Call of Duty” on console and computer is no longer solely responsible for carrying the brand or generating its revenue.

Activision announced that “Call of Duty Mobile” had exceeded 150 million installations and was one of the United States’ top-15 grossing games for the last three months of 2019; it launched on October 1, 2019.

However, Activision-Blizzard’s overall net revenue for 2019 was down over $1 billion compared to 2018 ($6.489 billion from $7.5 billion), including income from Activision, “World of Warcraft” and “Overwatch” studio Blizzard, and “Candy Crush” studio King. JB