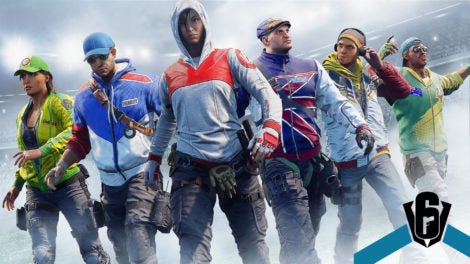 Video game publisher Ubisoft is preparing “Rainbow Six Siege” for the next console era and introducing a regional structure for its esports tournaments.

Tactical team action game “Rainbow Six Siege” will be available on PlayStation 5 and Xbox Series X at launch, per the game’s director.

“For ‘Siege’, our target is to be available right at launch,” Ubisoft’s Leroy Athanassof told Windows Central.

Xbox One and Xbox Series X owners would be able to play together, regardless of console generation, as would PlayStation 4 and PlayStation 5 players.

Cross-play between PlayStation and Xbox remains on the development wishlist but would be subject to agreement from both manufacturers.

“We would love to be fully cross-play — have Xbox players matchmaking against the PlayStation players. We are ready to support that. And hopefully, this will happen because as I said, it’s a general move in the industry.”

Console-to-PC multiplayer is unlikely to happen, at least not as a default option. It would have to be opt-in as, in Athanassof’s view, such an arrangement hands an unfair advantage to “Siege” players on PC.

Elsewhere in the “R6S” ecosystem, plans are have been revealed to more fully regionalize its tournament format.

The game’s competitive scene is already split into Europe, North America, Latin America and Asia-Pacific regions, and these will now wield greater autonomy while feeding into the annual, international Rainbow Six Invitational.

“Rainbow Six Siege” released in 2015 and was well received. Since then, Ubisoft’s development team has issued a steady stream of improvements and additions via regular content updates, with the game becoming a regular fixture on the esports scene.

A 2020 Rainbow Six Invitational concluded over the weekend of Feb. 14 to 16 in Montreal, Canada. CL/JB