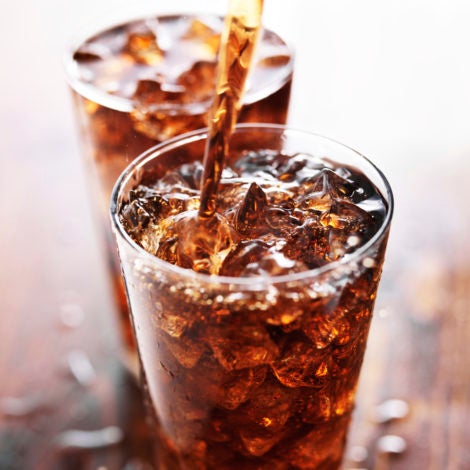 New European research has found that the more added sugar we eat, the fewer vitamins and minerals we appear to consume in our daily diets.

Carried out by researchers at Lund University in Sweden, the new study looked at data gathered from two different study groups; one which surveyed 1,797 participants aged 18 to 80 years and assessed their dietary intake using a four-day food diary, and another which included 12,238 participants aged 45 to 68 years and assessed their diet using a combination of a seven-day food diary, a food frequency questionnaire and an interview.

From this data, the researchers were able to look at the participants’ intake of added sugar, which is sugar added to food and drinks during processing, not the sugar that exists naturally in fruit, vegetables or milk, and the average daily intake of nine micronutrients: calcium, folate, iron, magnesium, potassium, selenium, vitamin C, vitamin D and zinc.

The findings, published in the journal Nutrition & Metabolism, showed that in both sets of participants, the higher the intake of added sugar, the lower the intake of all nine vitamins and minerals.

Although eating too much sugar has been linked to a number of diseases and health problems, including poor dental health, obesity, diabetes and cardiovascular disease, the recommended daily maximum for sugar intake still varies from country to country. As an example, the researchers point out that The Nordic Nutrition Recommendations, which are the dietary guidelines set for the Nordic populations, suggest that added sugar should be no more than 10% of the total energy intake, while the European Food Safety Authority (EFSA) says that there is insufficient scientific data to set an upper limit for sugar.

“The selection of added sugar, as opposed to other types of sugar, was done with the purpose of looking at the overall effect of the quality of diet. Added sugar is not part of foods and beverages naturally, it is added to foods and beverages during processing, manufacturing or at the table for different purposes, and is therefore not strictly necessary in our diets,” says researcher Esther González-Padilla.

“However, to be able to ascertain a clear limit of added sugar intake, the decrease in micronutrient intake needs to be remarkably enlarged, which we did not observe in our study. Even though this study alone is not sufficient to change recommendations, it adds valuable evidence to the body of knowledge we have, in order to possibly adjust recommendations in the future,” she concludes. CL/JB

A new milestone for using Crispr gene-editing against cancer