A new milestone for using Crispr gene-editing against cancer 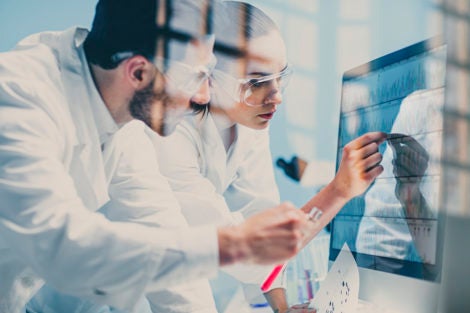 US scientists have succeeded in genetically editing the immune systems of three cancer patients using Crispr, without creating any side effects, a first for the tool which is revolutionizing biomedical research.

The highly anticipated results from the first phase of a clinical trial were published in the journal Science on Thursday.

They represent a stepping stone that does not yet prove Crispr can be used to fight cancer. Indeed, one of the patients has since died and the disease has worsened in the other two—but the trial does show that the technique is non-toxic.

Researchers at the University of Pennsylvania (UPenn) removed T-cells from the patients’ blood and used CRISPR to delete genes from the cells that might interfere with the immune system’s ability to fight cancer.

They then used a virus to arm the T-cells to attack a protein typically found on cancer cells called NY-ESO-1, and infused the cells back into the patients.

Edward Stadtmauer, the study’s principal investigator, told Agence France-Presse that T-cell therapy, in which a person’s own immune system is exploited to destroy tumors, had been a major breakthrough of the past decade, but “unfortunately, even with that technology there are so many patients who don’t respond.”

The idea of this work therefore is to combine the two cutting-edge approaches to make T- cells even more powerful.

There may not have been major clinical results this time around, but “to me the import of this study is not the clinical results but the fact that we were able to feasibly do this very complex procedure,” added Stadtmauer.  CL /ra