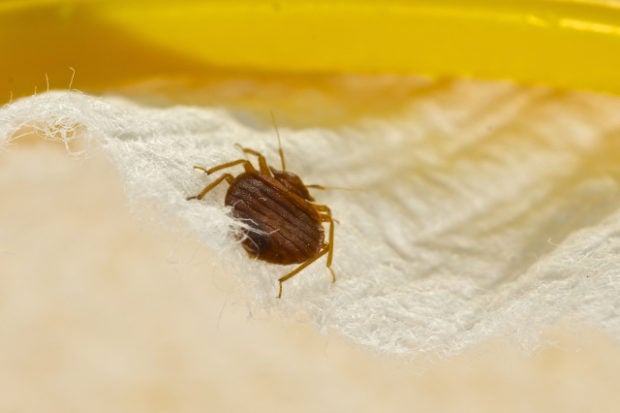 The French government launched a campaign Thursday, complete with an emergency number, to combat an influx of unwelcome visitors that have left Parisians in despair: bedbugs that have settled in homes and hotels to feed uninvited on human blood.

After disappearing from France in the 1950s, the infuriating insects have made a resurgence, according to the ministry of housing, which cited international travel and growing resistance to insecticide as the main causes.

“We can all be affected,” the government warned on a webpage dedicated to the parasitic problem, complete with advice on how to prevent and treat an infestation, and a number to call for expert help.

The common bed bug, Cimex lectularius, is found in temperate climates in the United States and parts of Europe.

The six-legged pest posed only a minor nuisance after World War II because of the widespread use of insecticides such as DDT. But the banning of such potent poisons, because they were too dangerous, hailed a bed bug revival.

By the late 1990s, the critters were thriving in New York and a 2010 outbreak saw them invade high-end apartment buildings, hotels, even clothing stores like lingerie outlet Victoria’s Secret.

There has also been an explosion of bed bugs in Paris.

The tiny invaders cost billions of dollars annually in extermination by businesses and homeowners.

In 2016, a study found that the reclusive, flightless creatures had become resistant to pesticides, further aiding their global conquest.

Another study the following year said the insects sought out human scents and snuggled up in worn clothes before tagging along home, explaining their meteoric spread around the world.

They hide in linen by day and come out at night to bite people, often while they are sleeping, leaving red, itchy welts. They do not transmit disease.

In Paris, extermination experts say 400,000 addresses including hotels, apartments and houses were treated in 2018, the latest year for which information is available.

This represented a third more than the previous year.

Illustrating how annoying the issue has become, bed bugs have even featured in the Paris 2020 electoral campaign, with mayoral hopeful Benjamin Griveaux promising to clean up the capital in 100 days.

The plan of the candidate, who has since bowed out over a sex-tape scandal, included specialized anti-pest “brigades” targeting bed bugs, rats and cockroaches, which would intervene free of charge for low-income households, and at the lowest market price for others. RGA

Cleveland tops list of most bed bug-infested cities in US