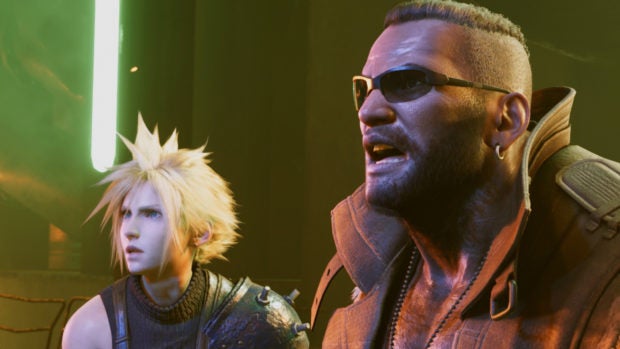 First the bad news: progress from the “Final Fantasy VII Remake” demo isn’t expected to transfer over into the full game.

Now the rest: it’s an against-the-clock mission to infiltrate, fully explore, blow up, and then escape a power plant, setting up an us-against-them storyline for the rest of the game.

Players can control spiky-haired lead character Cloud Strife and his muscular mercenary colleague Barret Wallace over the course of the mission.

This remake’s iteration of the “Final Fantasy” Active Time Battle combat system blends real-time action and special moves accessible through a slow-motion pause menu. Those moves are charged up during normal combat.

There’s also a Classic Mode for those that want to use a more traditional approach, as seen in the 1997 “Final Fantasy VII”.

“Final Fantasy VII Remake” had previously been announced for March 3, 2020, before Square Enix moved the date back to April 10, 2020.

Tasked with remaking a 1997 classic after years of fan speculation and decades of technological advancement, Square Enix’s development team opted to remake “Final Fantasy VII” as an expanded, episodic affair.

The April release, which is expected to remain exclusive to PlayStation for a year, will be the first in a multi-part collection spanning the game’s events and storyline.

PlayStation and Square Enix did not attend PAX East, a large annual video game fan expo held from Feb. 27 to March 1 in Seattle, at which “Final Fantasy VII Remake” would have been presented.

The two companies were among those taking measures intended to curb the spread of the COVID-19 coronavirus.

An “FFVII” demo has been anticipated since December 2019, when PlayStation Network statistics tracker Gamstat noticed that a new entry called “Final Fantasy VII Remake Demo” had been queued up for release in multiple regions around the world. JB

‘Resident Evil 3’ has demo in its sights