‘Resident Evil 3’ has demo in its sights 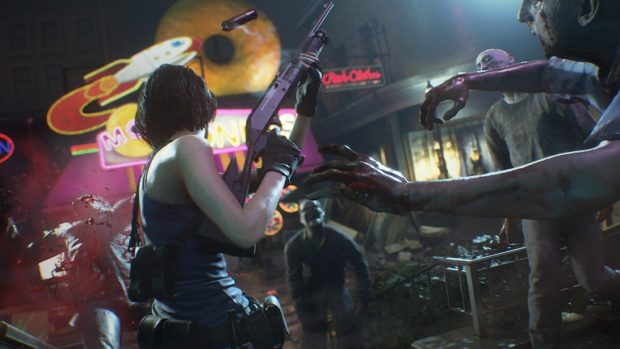 Just as game publisher Capcom unleashes a wave of controlled press previews for “Resident Evil 3”, it looks like players will soon be able to get their hands on a similar experience.

It was written in the STARS… 💫
A Resident Evil 3 Demo is on the way. We'll have more details in the near future! pic.twitter.com/wqN2AwI3pH

The remake replaces the visuals and audio effects of the original with vastly improved alternatives while retaining a survival horror aesthetic that edges into the action genre.

Jill is a highly trained agency officer caught in a city gripped by an incredibly destructive viral outbreak.

In the course of her journey across Raccoon City, she teams up with Carlos Oliveira, here reinvisioned as a cross between a shaggy-haired Joe Jonas and a South American Rambo.

Carlos is a mercenary on a rescue mission, employed by shadowy pharmaceutical company Umbrella; the group ultimately responsible for the T-virus infection.

As with the 1999 original, while the focus remains on Jill’s mission, players are expecting to assume control of Carlos for a section of the new “Resident Evil 3”.

Whether Carlos’s role has been adapted or expanded for that passage is not yet known.

One other big change that has been revealed ahead of time is an asymmetrical multiplayer mode called “Resident Evil: Resistance” which pits one team of four against a more powerful single player, a dynamic recently explored in the popular “Dead by Daylight” (2016) and “Friday the 13th: The Game” (2017).

“Resident Evil” and “Resident Evil 2” were remade and re-released for PlayStation 4, Xbox One and PC in 2015 and 2019 respectively, with the new “RE2” particularly successful.