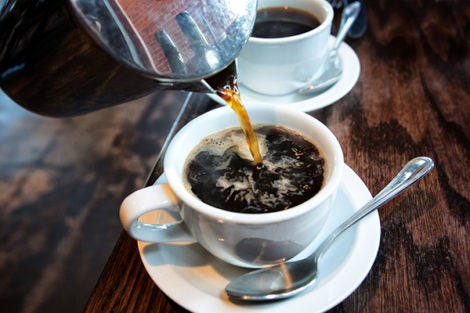 Drinking a cup of coffee could boost your ability to problem-solve, according to new research. Image: grandriver/Istock.com via AFP Relaxnews

A new United States research has found that caffeine might increase your ability to problem-solve, but it would not boost your creativity.

Carried out by researchers at the University of Arkansas and the University of North Carolina at Greensboro, the new study recruited 80 volunteers who were given either a 200mg caffeine pill, equal to drinking around one 12-oz cup of coffee or a placebo pill.

The findings, published in the journal Consciousness and Cognition, showed that taking the caffeine pill appeared to improve convergent thinking, suggesting that a cup of coffee could boost problem-solving. However, it did not improve the more creative, divergent thinking or working memory.

The participants who took the caffeine pill also showed an improvement in mood, reporting that they felt less sad.

The researchers note that previous studies have shown that caffeine can help boost people’s alertness, vigilance, mood, concentration and attentional focus, although its effect on creativity has remained unknown.

“In Western cultures, caffeine is stereotypically associated with creative occupations and lifestyles, from writers and their coffee to programmers and their energy drinks, and there’s more than a kernel of truth to these stereotypes,” said Darya Zabelina, first author of the study.

“The 200mg enhanced problem-solving significantly, but had no effect on creative thinking,” said Zabelina. “It also didn’t make it worse, so keep drinking your coffee; it won’t interfere with these abilities.” CL /ra