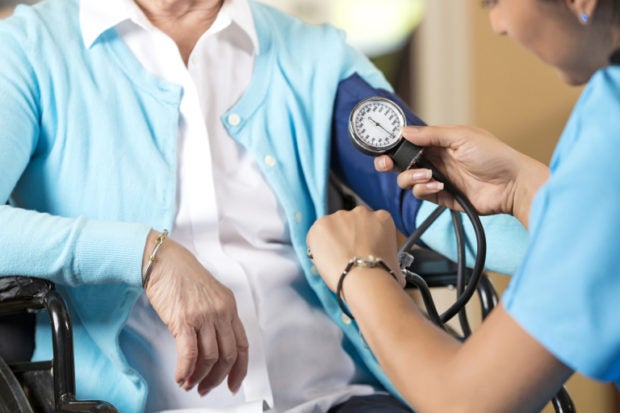 New United Kingdom research has found that having low blood pressure over the age of 75 could increase the risk of death.

Led by the University of Exeter, the new large-scale study looked at medical records gathered from 415,980 adults age 75 and above in England, who were mostly defined as being not frail.

The participants had provided at least three blood pressure measurements in the three years before the study, and then for the study, were followed for up to ten years. During this time the researchers looked at an association between the participants’ blood pressure, risk of cardiovascular events such as heart attack and risk of death.

The findings, published in Age and Ageing, showed that having low blood pressure was consistently associated with a higher risk of death, compared with individuals who had normal blood pressure, defined as a SBP of 130 to 139 mmHg and a DBP of 80 to 90 mmHg.

The association was particularly strong among the participants defined as frail, who had a 62 percent increased risk of dying during the follow-up.

Unsurprisingly, the researchers also found that having high blood pressure increased the participants’ risk of experiencing a cardiovascular event. However, it was not linked to an increased risk of death in frail adults over the age of 75, and in both frail and non-frail participants over the age of 85, it was actually linked to a reduced risk of death, compared to those with low blood pressure.

Lead author Jane Masoli commented on the findings saying, “Internationally, guidelines are moving towards tight blood pressure targets, but our findings indicate that this may not be appropriate in frail older adults. We need more research to ascertain whether aggressive blood pressure control is safe in older adults, and then for which patient groups there may be benefit, so we can move towards more personalized blood pressure management in older adults.”

“We know that treating blood pressure helps to prevent strokes and heart attacks and we would not advise anyone to stop taking their medications unless guided by their doctor,” she added.

The researchers note that managing blood pressure in seniors is a challenge, and becomes more difficult as frailty increases. High blood pressure, also known as hypertension, is the most common chronic disease in older adults, with more than 75% of those above the age of 80 suffering from the condition. JB

Osteoarthritis linked to increased risk of death, but walking more can lower it — study