Women find men more attractive when in the fertile stage of their cycle, says study 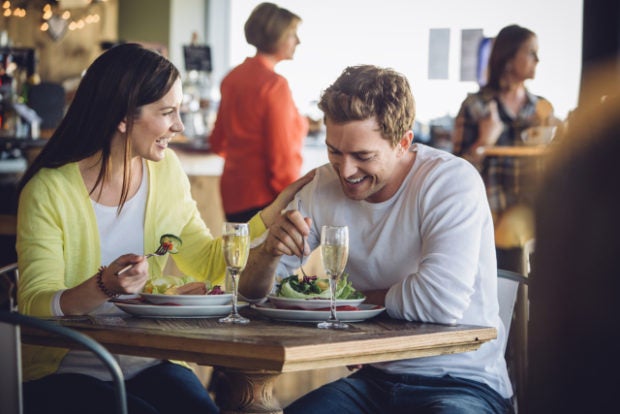 New European research has found that although women’s menstrual cycles do not affect which men they are attracted to, as previously thought, women do appear to find all men slightly more attractive when in the fertile stage of their cycle.

Carried out by researchers at the University of Göttingen, Germany, the new study looked at 157 female participants, which is the largest sample size used to date to look into what is known as the good genes ovulatory shift hypothesis (GGOSH), which hypotheses that a women’s preferences for certain behaviors, those which indicate a man’s genetic fitness, change according to their fertility.

All of the women included in the study were aged 18 to 35 years old, heterosexual and had a natural, regular menstrual cycle. To test the hypothesis, they were asked to watch videos of 70 men interacting with a woman who could not be seen as she was out of shot and focus on their behavior. They were then asked to rate the men on their attractiveness for a sexual short-term relationship without commitment and their attractiveness for a long-term relationship.

The women were also asked to provide saliva and urine samples so the researchers could analyze their hormone levels.

The findings, published in the journal Psychological Science, showed that the women’s preferences for who they found attractive did not change across the ovulatory cycle, despite previous research finding a link between changes in a woman’s cycle and how attracted she is to men behaving in different ways.

However, what the researchers did find is that the women appeared to rate every man in the videos as being slightly more attractive when they were in the fertile stage of their cycle, compared to other cycle phases.

First author Dr. Julia Stern commented on the findings saying, “There is a lot of research on women’s mate preferences, so at first we were surprised that we didn’t see the same effects. However, our new results are in line with other recent studies using more rigorous methods than previous studies.” Stern added, “The finding that ratings of attractiveness increase in the fertile phase, independent of men’s behavior, is new and indicates that women’s mating motivation is likely to be higher in the fertile phase.” RGA

‘Foodie call’: Some women go on dates for free meals, not a relationship, says study