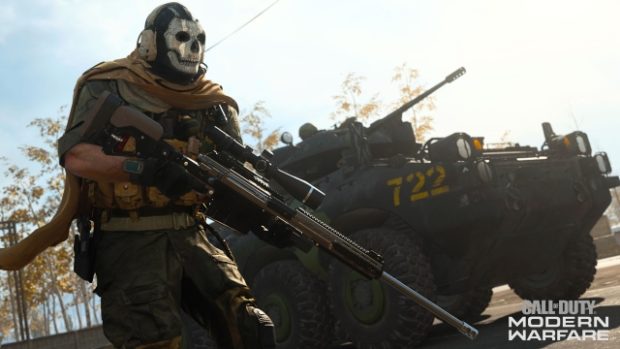 Ahead of a rumored March 10 release, an advert for free “Call of Duty” multiplayer mode War Zone and a premature gameplay video appear to confirm the battle royale’s imminent launch.

After a banner advert was spotted on video game streaming network Twitch and an influencer’s gameplay video was uploaded early, “Call of Duty” battle royale mode War Zone is expected to launch on March 10.

The background ad, sponsored by PlayStation and captured by multiplayer gaming website MP1st before its disappearance, presents the new release as “Call of Duty: War Zone”.

Since made unavailable, the video used footage recorded at an official influencer event. It showed a last-person standing mode that could accommodate up to 150 players from the get-go.

It would be made available for solo players, pairs of two and teams of three.

In addition, War Zone puts a “Call of Duty” spin on the traditional extra lives mechanic that has found its way into Battle Royale through the Respawn Beacons of “Apex Legends” and Reboot Vans of “Fortnite”.

War Zone players will be able to play with or without respawns, buying teammates back into the game by earning and cashing in tokens.

Activision is thought to be preparing an official announcement trailer and launch for March 10.

Since late in 2019, some fans have been discovering unused or incomplete elements of “Call of Duty: Modern Warfare” that appear to be part of a battle royale mode.

In response, “Call of Duty” publisher Activision has been moving to take down images and videos posted online, an approach that further reinforced the claim that an unannounced, upcoming battle royale mode has been in development.

The 2018 retail release “Call of Duty: Black Ops 4” did feature a battle royale mode, Blackout, for up to 100 players, and likewise incorporated locations from existing multiplayer maps.

War Zone, by contrast, is expected to be standalone, sharing some overlap with “Call of Duty: Modern Warfare”.

In this way, War Zone would complement both “Modern Warfare” and the free “Call of Duty Mobile” for Android and iOS that launched in October 2019. RGA