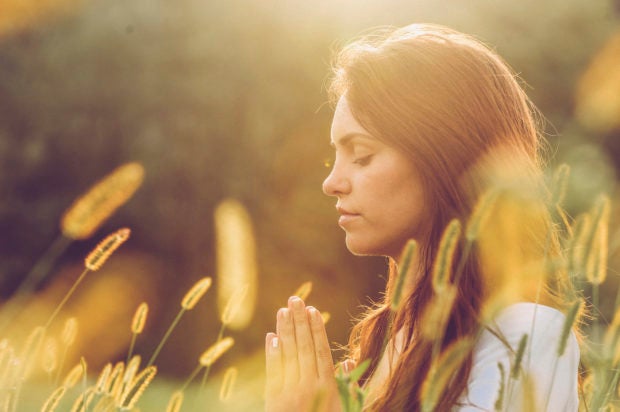 Feeling grateful can have a positive effect on our life, but it is not an effective tool for easing depression and anxiety says a new study. Image: Redrockschool/Istock.com via AFP Relaxnews

New United States research has found that while feeling grateful may bring some positive benefits to your life, it won’t help ease feelings of depression or anxiety.

Carried out by researchers at The Ohio State University, the new meta-analysis looked at 27 studies which included a total of 3,675 participants and had investigated whether gratitude interventions could reduce symptoms of anxiety and depression.

Many of the studies had asked the participants to do one of two common gratitude interventions, or something similar. One of these interventions is the “Three Good Things” exercise, which involves writing down and thinking about three good things that happened at the end of the day, and the other is a “gratitude visit,” which involves writing a letter to someone to thank them for making a difference to your life and reading the letter to them.

Many of those who did the gratitude interventions were then compared with participants who did a similar activity but which was not about gratitude, for example, a student might be asked to write about their class schedule.

The findings, published online in the Journal of Happiness Studies, showed that the gratitude intervention was not really any more effective at relieving symptoms of anxiety and depression than completing the non-gratitude activity.

“There was a difference, but it was a small difference,” said co-author Jennifer Cheavens. “It would not be something you would recommend as a treatment.”

“For years now, we have heard in the media and elsewhere about how finding ways to increase gratitude can help make us happier and healthier in so many ways,” commented David Cregg, lead author of the study. “But when it comes to one supposed benefit of these interventions — helping with symptoms of anxiety and depression — they really seem to have limited value.”

“Based on our results, telling people who are feeling depressed and anxious to be more grateful likely won’t result in the kind of reductions in depression and anxiety we would want to see,” added Cheavens, with both researchers suggesting that those with anxiety and depression seek out treatments that have already been shown to be effective in treating the conditions, such as cognitive-behavioral therapy.

Being grateful can bring other benefits however, with the team noting that gratitude interventions have been shown to be effective at improving relationships.

“It is good to be more grateful — it has intrinsic virtue and there’s evidence that people who have gratitude as a general trait have a lower incidence of mental health problems and better relationships,” Cregg said. “The problem is when we try to turn gratefulness into a self-help tool. Gratitude can’t fix everything.” CL/JB