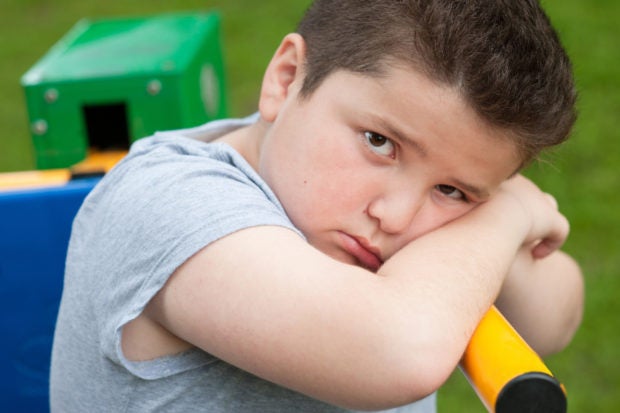 Children who are obese may have a higher risk of anxiety and depression, according to new research. Image: Ruslanshug/IStock.com via AFP Relaxnews

Two new European studies have found that those who are obese as children may have a higher risk of anxiety, depression and even early death as adults.

Carried out by researchers from Karolinska Institutet in Sweden, the first study looked at data gathered from 41,359 children and teenagers aged 3 to 17. From the group, 7,049 received obesity treatment at some point during their childhood or adolescence, while the other 34,310 participants acted as controls.

The researchers, who published their findings in the journal PLOS Medicine, found that those who had obesity in childhood had a three times higher risk of dying in early adulthood (between the ages of 20 and 25) than the participants.

Moreover, more than a quarter of the deaths among the participants who were obese as children had obesity recorded as a primary or contributing cause of death.

“Our study shows that children with obesity have a significantly higher risk of premature mortality already as young adults,” says Emilia Hagman, one of the study’s authors. “Both the risk of death from somatic diseases, of which more than a quarter were directly related to obesity, and the risk of suicide were increased for this group. We did not, however, see an increased risk of mortality from injuries or external causes such as criminal acts.”

In the second study, which was published in BMC Medicine, the same team of researchers looked at 12,507 children between the ages of 6 and 17 who were treated for obesity, and compared them with a group of 60,063 children from the general population who acted as controls.

The researchers say the findings highlight some of the health risks associated with childhood obesity and the need to prevent obesity in children and support those who are obese.

TOPICS: Adolescent, anxiety, Children, Depression, mental health, mortality risk, obesity, Sweden
Read Next
Smart lets you have more ways to be there for each other with Free Stories for All
EDITORS' PICK
Marcos urges Filipinos to be like Bonifacio: honest, patriotic
Egg prices rise due to bird flu, increased holiday demand | #INQToday
The vivo Y16 makes the season of giving more thoughtful for the whole family
House energy committee chair Arroyo bats for cheap electricity
18,529 out of 24,903 pass nursing board exam
The Best Tech Gifts For The 2022 Holidays
MOST READ
Mel Tiangco on co-anchor Mike Enriquez’s condition, ‘rivalry’ with Korina Sanchez
LOOK: Vina Morales goes to Boracay with mystery man
Marcos urges Filipinos to be like Bonifacio: honest, patriotic
Ref admits to cheating: How Manny Pacquiao snagged the win
Don't miss out on the latest news and information.