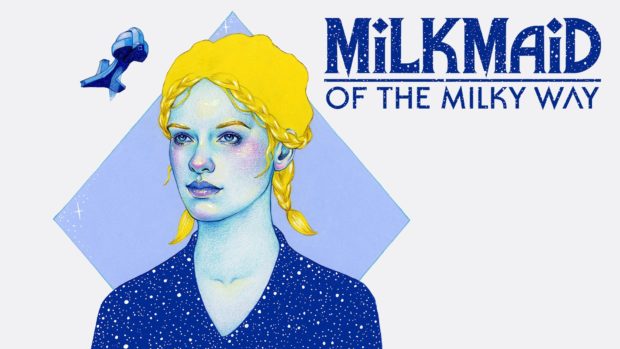 Set off for the stars in search of kidnapped cows in “Milkmaid of the Milky Way.” Image: machineboy via AFP Relaxnews

Independent computer game storefront Itch.io—beloved of gaming video creators and live streamers—has pulled together a sale of Games to Help You Stay Inside, with 35 titles becoming pay-what-you-want and another 20-plus at reduced prices.

The selection ranges from children’s educational adventure to storytelling hike across the United States and one about delivering a pizza via step-by-step computer hacking. Here are nine picks to start with:

“Where the Water Tastes Like Wine” even has a celebrity cameo, British musician and actor Sting; the folktale compendium has its player make their way across a US of bygone days.

“With all the comparisons to the early 20th century, now might be a time to play through ‘Where the Water Tastes Like Wine’ and explore the stories that might have been forgotten from then,” designer Johnnemann Nordhagen wrote on Twitter.

“Milkmaid of the Milky Way” is about a cowherd who is on a mission to rescue her bovines from an alien spaceship, while “The Rainsdowne Players” has you take charge of running a theater and putting on a show—except it’s not a simulation, it’ a retro-style adventure.

Looking to nature, “Quiet as a Stone” is a zen arrangement toy on a grand scale, allowing for the placement of shrubs, trees and rocks, with a bit of gem mining thrown in for good measure; “Earthtongue” is about creating and caring for a sunless world of fungi and bugs.

Especially well suited to younger players are “Little Mouse’s Encyclopedia,” in which the title character can discover up to 160 species of animals and plants across four biomes, and “Codemancer,” an adventure game for 6- to 12-year-olds that teaches players about coding—encouraging problem-solving, planning and resilience and introducing algorithms, functions, debugging and so on.

There are action games aplenty, too, and for those that fancy something a little (or a lot) more experimental, there are the collected landscapes of Connor Sherlock’s “Walking Simulator a Month Club Vol. 1,” with “F J O R D S” putting players in the shoes of a delivery person who uses cheat codes on the world in order to get a pizza to its destination. CL /ra