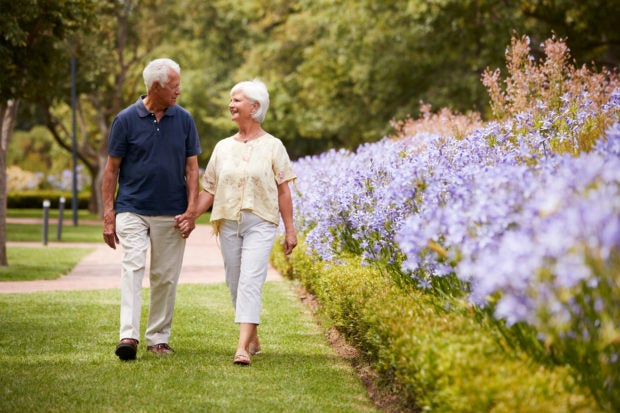 New United States research has found that increasing the amount of steps you walk each day could lower your blood pressure.

Carried out by researchers at the University of California, San Francisco, the new study looked at 638 participants who were asked to wear an Apple Watch to record their steps for at least five hours a day, for at least 30 days, and record their blood pressure at home weekly.

Over the course of around five months, the recordings showed that the participants averaged about 7,500 steps per day. The average systolic blood pressure among the group was found to be 122 mmHg, and the average diastolic blood pressure was 76 mmHg, which are levels considered to be normal to slightly high, according to the 2017 ACC/AHA High Blood Pressure in Adults guideline.

The researchers say that using the average systolic blood pressure of 122 mmHg found in the study, this amount could make the difference between blood pressure that is considered normal (less than 120 mmHg) and elevated (120 mmHg or higher).

However, when they carried out a second analysis of the data, the team also found that the association between daily step count and blood pressure was no longer significant if the participant’s body mass index (BMI) was taken into account, which they say suggests that BMI could be a factor in the relationship.

The researchers note that the findings, which were to be presented at the American College of Cardiology’s Annual Scientific Session together with World Congress of Cardiology in March, only show an observational relationship between walking more and blood pressure, not a cause and effect one. However, they add that the findings are in line with those from previous studies, which have found that increasing physical activity levels can lower blood pressure.

The team says that the study is one of the first to use a wearable device which is readily available on the market to track step count, and could offer a more reliable way of recording activity.

“Measuring habitual physical activity in community-based settings in this way distinguishes our study from prior studies that have looked at either self-reported physical activity or used accelerometers to measure daily activity for only a short amount of time, usually about a week,” said Dr. Mayank Sardana, the study’s lead author.

“This study solidifies our understanding of the relationship between physical activity and blood pressure and raises the possibility that obesity or body mass index accounts for a lot of that relationship,” Sardana said. “Going forward, it would be useful to look at how smart devices might be leveraged to promote physical activity, reduce the burden of obesity and potentially reduce blood pressure.” JB

Could 30 minutes of music a day reduce pain after a heart attack?