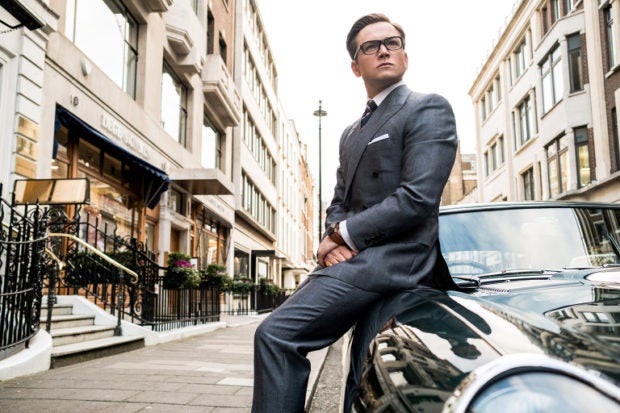 In a game known for its film tie-ins, a bullet-deflecting umbrella gives players a last-chance reprise ahead of 2020’s “Kingsman” movie prequel.

Just like in 20th Century Fox’s “Kingsman: The Secret Service” (2015) and “Kingsman: The Golden Circle” (2017), the Kingsman umbrella allows players to swipe and stab at players with melée attacks that appear equally derived from fencing and cricket.

The smart black personal canopy can be used to slow mid-air ascents and rotated at high speed to deflect incoming projectiles.

Notably, the John Wick character was part of “Fortnite” lore before Lionsgate’s involvement: a supremely similar costume (or “skin”) was introduced in February 2018.

Known as The Reaper, the limited availability look was swiftly dubbed The Wick, or simply John Wick, by the “Fortnite” community, at least up until an official John Wick character model, bearing greater likeness to film actor Keanu Reeves, went on sale through the in-game shop in May 2019.

“Fortnite” developer and publisher Epic Games has not published patch notes to explain its game updates since October 2019, when it rebooted the game as “Fortnite: Chapter 2”, so there’s no official commentary on the Kingsman or other additions in version 12.30.

However, the timing is good, as 20th Century Fox has provisionally dated franchise prequel “The King’s Man” for September 2020.

Epic and 20th Century Fox have already collaborated with the gradual introduction of superhero character Deadpool into the cross-platform console, computer and mobile game, also coinciding with the start of Chapter 2.