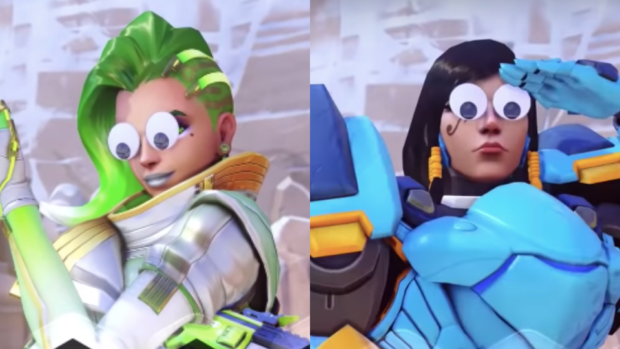 Blizzard Entertainment, the company behind “Overwatch,” is giving its players a treat by placing googly eyes on its characters in a quirky April Fools’ Day update.

One gamer, who calls himself Stylosa, uploaded a clip of the prank in action on his YouTube channel yesterday, March 31.

“Overwatch April Fools is here!” he said. “This year they’ve only gone and added googly eyes to literally everything in Overwatch!”

Among the heroes he used with their new eyes were Ashe with her ally B.O.B., Torbjörn and D.Va. Meanwhile, his friend Josh used other characters such as Bastion, Wrecking Ball and Hanzo.

The playful addition to the game also applies to some of the heroes’ abilities. Stylosa showed that Hanzo’s Dragonstrike ability also features googly eyes.

While the googly eyes have been welcomed by different gamers as a good April Fools’ joke this year, Blizzard Entertainment has not made an official statement regarding the quirky update.

Prior to the lighthearted prank, the company was set to add a new playable character named Echo to the game. Echo is the 32nd addition to the roster of heroes in “Overwatch.”

She is now being tested on the Public Test Region, which allows select players to beta test the character before it is fully released in the game.

Take flight as Moth Echo and then surprise your enemies as Stealth Echo. Now testing on the PTR. pic.twitter.com/Olajd4XKjN

However, Blizzard Entertainment has not set an official launch date for the upcoming heroine.  /ra