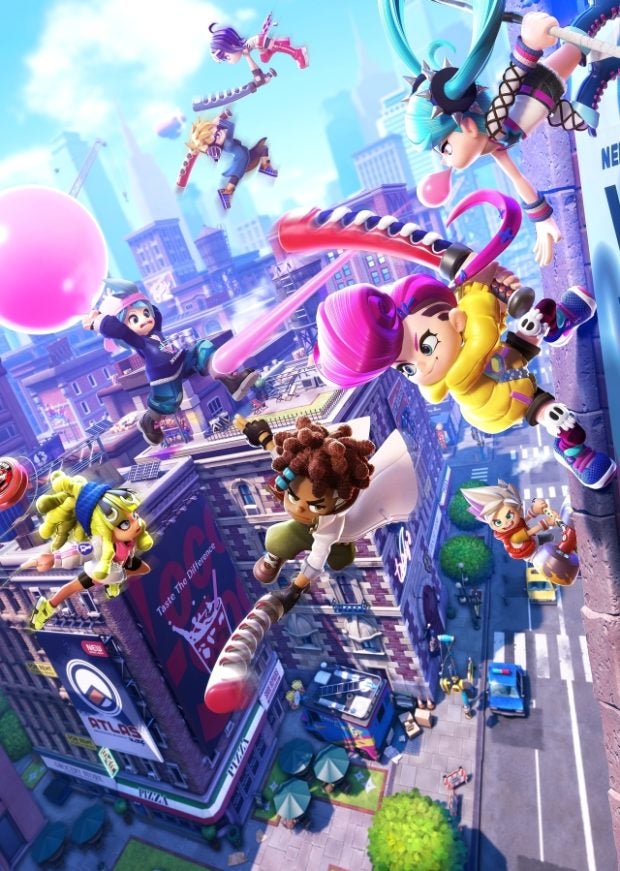 May 2020’s “Ninjala” could capitalize on a lack of monthly “Splatoon 2” events since July 2019. Image: Courtesy of GungHo Entertainment via AFP Relaxnews

Presumptive “Splatoon” successor “Ninjala” is preparing to launch itself onto the Nintendo Switch in May, with a series of animated shorts paving the way.

It follows three lab researchers in their quest to create a chewable gum that activates latent Ninja DNA in people descended from a stealthy warrior class of old — and two of them show why, in the real world, we use comprehensive clinical trials to make sure medicines are safe to use before ingesting them ourselves!

First demonstrated as a show floor attraction at E3 2018, bubblegum-powered free-to-play multiplayer action game “Ninjala” is readying for launch in May with a series of animated shorts.

“Ninjala”‘s form of gum-based martial arts allows players to dash at high speeds on the ground and in mid-air, disguise themselves as everyday objects and execute special moves.

Presented as a Battle Royale to make the most of current trends, “Ninjala” player counts are capped at eight rather than 100 or 150; neither Nintendo nor developer GungHo has yet revealed whether a gradually shrinking area of play is part of match flow.

Still, as well as an eight-player free-for-all, there is a four-on-four team mode to add another element of variety.

Living up to the standard of the Switch’s established “Splatoon 2” might seem like a mighty ask, “Ninjala” is not only free-to-play but does not require players to have an annual membership of the $20 (around P1,000) Nintendo Switch Online scheme.

Presumably, as a free-to-play title majoring on visual appeal and character customization, there will be plenty of other ways for GungHo and Nintendo to make their money from enthusiastic fans. RGA