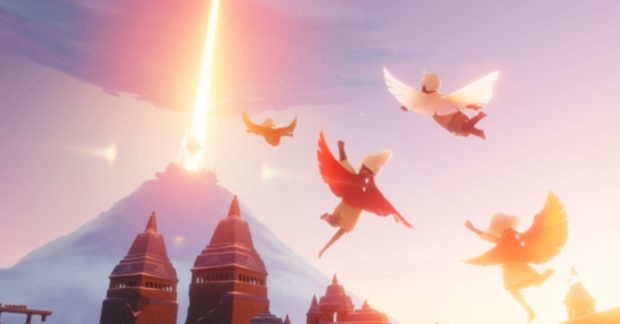 “Sky: Children of the Light” is built around friendship and connection. Image: Courtesy of thatgamecompany via AFP Relaxnews

Free seasonal adventure “Sky: Children of the Light” is now available for free on Android through the Google Play store.

Apple named it 2019’s iPhone Game of the Year and the application accumulated over 10 million downloads by March 2020, as plans were outlined for a Nintendo Switch release later in the year.

Thatgamecompany has also announced but not yet dated Mac, Apple TV, PC and console, with studio founder and creative director Jenova Chen having previously mentioned the PlayStation platform.

“Sky: Children of the Light” has been received as a more open-ended variation on the studio’s previous hit, “Journey”, in which anonymous players made their way from desert dunes to far-off mountaintops, meeting and aiding each other on the way.

Thatgamecompany was careful to engineer the game in a way that would promote encouragement and cooperation, with the more recent “Kind Words”, “Rocket League” and “Animal Crossing: New Horizons” treading similar paths.

With “Sky”, the studio’s focus was on creating a social space where human connection was the primary reason to return.

Supported by optional microtransactions and a season pass scheme, “Sky”‘s in-game economy became a balance between gifting and personal purchases.

“When we feel small and we run into another human being, we want to collaborate, we want to protect each other,” Chen told GamesIndustry during a mid-March conversation.

“The world of Sky is vast and new, and [players] are very small, and they don’t understand everything. Under such an atmosphere, players are more likely to want to team up and make friends, so they can rely on each other to explore the new world.” RGA