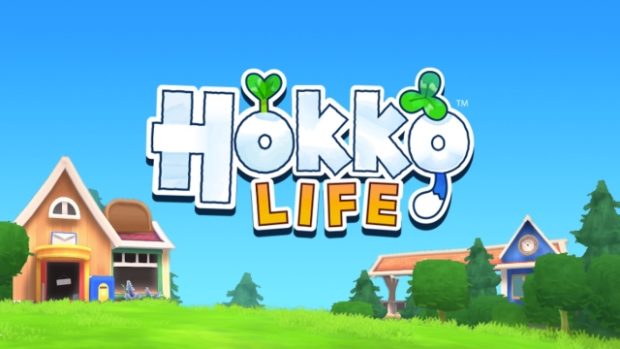 “Hokko Life”, a creativity-filled community simulation game, is anticipated for later in 2020. Image: Courtesy of Wonderscope AB/Team17 via AFP Relaxnews

While the company is yet to release metrics of its own, the home-making March 20 release was the Nintendo Switch’s best-selling debut to date in Japan, even outperforming “Pokémon Sword & Shield” with nearly 1.9 million copies sold in its first few days.

In the United Kingdom, the relaxed island life simulation was likewise a chart-topper, outselling second best-seller, action game “Doom Eternal”, by a factor of three.

So what about the rest of us, eager to get in on the chilled-out, pottering about vibes of “New Horizons”?

Robert Tatnell, solo developer of “Hokko Life”, may have the answer — or at least part of it.

He’s been beavering away at the cozy, detailed “Animal Crossing” homage for several years and, after a fresh wave of interest followed his official reveal trailer in February, is now partnering with Team17 to publish the finished game.

Players can build a snug home in the heart of a friendly town community, customize their style with an extensive clothing editor, share their designs with other players, and go fishing, farming and bug catching.

Team17, especially well-known for the “Worms” and “The Escapists” franchises, is not yet revealing a firm release date or launch formats for “Hokko Life”.

Suuuuuuuuuuuuuuuuuper Happy to announce that I'm partnering with @Team17Ltd to bring Hokko Life to PC!

Who'd a thunk, playing Worms all those years ago I'd actually end up working with that company on something I made myself! Crazy stuff! https://t.co/bVQyulNnWZ

It’s quite possible, though, that the deal substantially increases the chances of “Hokko Life” making it to other console platforms in the future.

Between 2015 and 2019, Team17 published 26 games; of the 24 released on computers, 20 were also released on one or more console platforms, indicating where Team17’s preferences might lie.

Of course, in the absence of solid proof, that does not mean “Hokko Life” is destined for PlayStation and Xbox too, but Team17 is already lending a hand to support the game’s Steam community. Perhaps it will help support versions of the game for consoles too, if the fanbase is there to reciprocate.

“Hokko Life” is anticipated for 2020 release on Windows PC through Steam, where “wishlisting” it in advance helps make it more visible for other Steam users. RGA

TOPICS: Animal Crossing, Farming, Japan, Nintendo Switch, simulation
Read Next
‘Borderlands 3’ adds real-world scientific research mini-game
EDITORS' PICK
Garcia softens stance, meets IATF halfway on swab-upon-arrival policy
Want to help local farmers? Shop small and eat Real Food
ICC is everything but a court of ‘white people’
Manila is 78th most expensive city in the world for foreign workers
TeaM Energy pushes development programs to help in pandemic rebound
Piolo Pascual: The Ultimate Heartthrob continues to level up
MOST READ
Sharon Cuneta on living in the US: ‘Nagagawa ko lahat ng normal na bagay’
ICC is everything but a court of ‘white people’
Duterte-Duterte tandem possible but ‘winnability is another question’ — Binay
Mike Nieto asks fans: ‘No below the belt remarks’ toward South Korea
Don't miss out on the latest news and information.