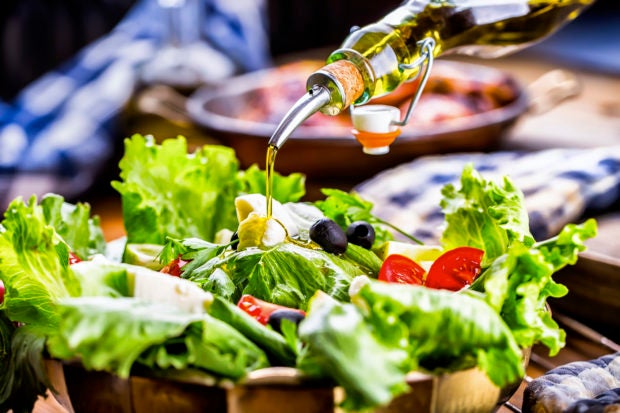 Following a Mediterranean diet could be good for maintaining cognitive function, according to new research. Image: MarianVejcik/Istock.com via AFP Relaxnews

A new United States analysis has found that following the well-known Mediterranean diet appears to be linked with higher cognitive function.

Led by researchers at the National Eye Institute (NEI), part of the National Institutes of Health, the analysis looked at data on 7,756 participants taking part in two major studies investigating eye disease — the Age-Related Eye Disease Study (AREDS) and AREDS2.

Both of these studies have assessed the effect of vitamins on age-related macular degeneration (AMD), a neurodegenerative condition that affects the retina, causing loss of central vision and affecting everyday abilities such as seeing faces, driving, reading and writing.

To assess how diet could also affect cognition, the researchers asked the participants to complete questionnaires at the start of the study about their average consumption of nine components of the Mediterranean diet, which emphasizes a diet high in whole fruits, vegetables, whole grains, nuts, legumes, fish and olive oil, and low in red meat and alcohol.

The findings, published in the journal Alzheimer’s and Dementia, showed that those who followed the Mediterranean diet more closely had the lowest risk of cognitive impairment. In particular, eating plenty of fish and vegetables appeared to have the greatest protective effect, with the AREDS2 study finding that after ten years of following the participants, those with the highest fish consumption had the slowest rate of cognitive decline.

In addition, the team found that participants with the ApoE gene, which increases the risk of Alzheimer’s disease, had lower cognitive function scores and greater cognitive decline, on average, than those without the gene.

However, following the Mediterranean diet brought similar benefits for both those with and without the ApoE gene, suggesting that the cognitive benefits of diet are independent of genetic risk for Alzheimer’s disease.

“We do not always pay attention to our diets. We need to explore how nutrition affects the brain and the eye,” said Dr. Emily Chew, lead author of the studies. CL/JB