WATCH: ‘A Fold Apart’ closes the distance through puzzle adventure 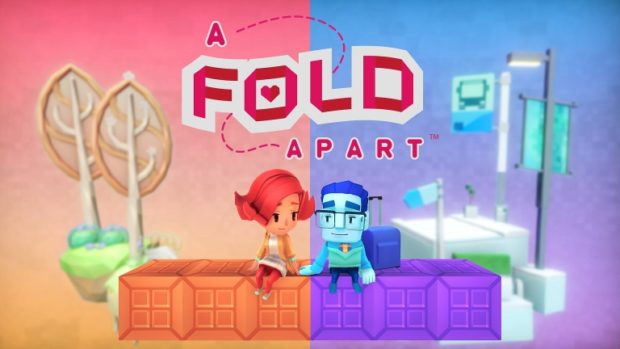 “A Fold Apart” is a story of long-distance relationships. Players can choose each character’s gender for greater immersion. Image: Lightning Rod Games via AFP Relaxnews

Released for Nintendo Switch, PC (via Steam) and for iOS through Apple Arcade on April 17, “A Fold Apart” is a story about bridging the gap in a long-distance relationship.

In “A Fold Apart”, Robyn and Mark live on two sides of the same piece of paper.

Separated by distance and time zones, they send each other messages to maintain a fond connection. Continued separation sometimes causes them to think about whether they should carry on and it’s not clear whether they’ll still be a couple when circumstances let them reunite for good.

Each scene can be folded and flipped so that the pair can finally be on the same page, if only for a moment or two.

If the emotional crests and valleys of “A Fold Apart” ring true, that’s because it’s based on the relationship between designer Mark Laframboise, studio co-founder at Canada’s Lightning Rod Games, and his now wife Robyn, a teacher.

When they met, they were at colleges around 65 kilometers apart and saw each other at weekends; that extended to nearly 4,000 kilometers in response to the education and job opportunities that followed; they actually got married in the middle of it all, and it wasn’t until after six years that they were able to start living together on a permanent basis.

“You have to try really really hard, you have to have a lot of trust in each other,” he told the “What She Said” show back in 2017.

“The highs are really high, too. When you actually get to see each other it’s awesome, but the worst time is immediately after they left again, it reopens the wounds again and makes it tough.”

“There’s a lot of that emotion that isn’t touched on in a lot of media in general, and especially in games, so that’s something I wanted to put into ‘A Fold Apart’.”

PlayStation 4 and Xbox One editions have also been announced. JB