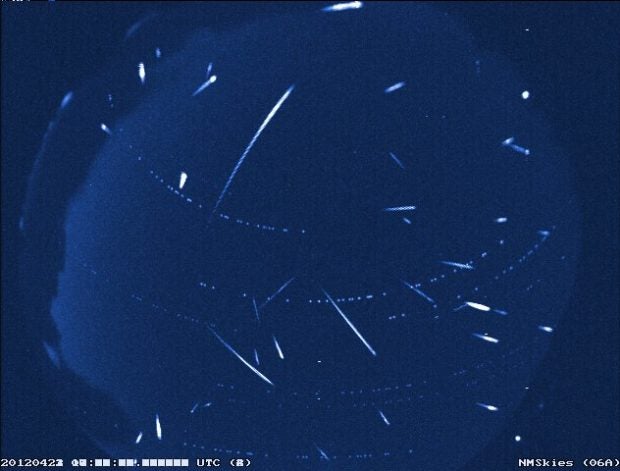 The sky will light up with “shooting stars” on Wednesday night, April 22, as the annual Lyrid meteor shower reaches its peak.

The celestial event’s peak will last until predawn of Thursday, April 23, the Philippine Atmospheric, Geophysical and Astronomical Services Administration (PAGASA) said in its astronomical diary this month.

The shower has been observed for 2,600 years and usually generates a dozen meteors per hour under conditions. It also has a brief maximum which lasts for less than a day.

“However, in recent times, the Lyrids have generally been weak,” PAGASA noted.

While the rates of meteors per hour may be low, they are also known to produce fireballs, NASA said in a statement yesterday, April 20. It added that a new moon will also appear during the shower’s peak, making way for “good viewing of the Lyrids.”

The Lyrids come from particles of dust shed by the comet C/1861 G1 Thatcher. They appear from the constellation Lyra, near its brightest star called Vega.  /ra