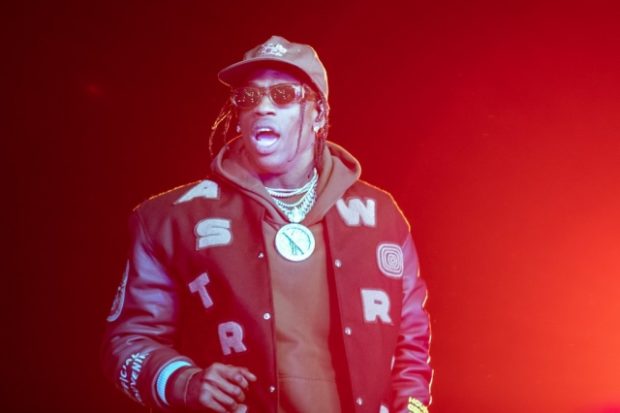 Travis Scott is bringing his brand of hallucinatory hip-hop to “Fortnite” through an April 23-25 musical experience designed for the popular online game.

Everyone from BTS and Lady Gaga to the New York Met Opera and London’s Royal Albert hall has been getting in on livestreamed concerts. Now U.S. rapper Travis Scott is involving himself in a suitably digital manner.

The Astronomical experience begins April 23 (or April 24 for those east of Greenwich) and is inspired by Scott’s work.

That way, the concerts should go off without any hitches or glitches — at least not any unintentional ones, if Scott’s music videos, typically drenched in post-production effects, are anything to go by.

Virtual doors open 30 minutes before each show begins to allow fans to make their way in, Epic advises.

Not much more than a year ago in February 2019, “Fortnite” hosted electronic dance music artist Marshmello. It then premiered a trailer for “Star Wars: The Rise of Skywalker” in December of the same year.

What time does the Astronomical event start? Again, that depends on which one you’re catching and what time zone you’re in.

Expect to see the first wave of livestreams, reaction videos, and social media responses pop up from then on.