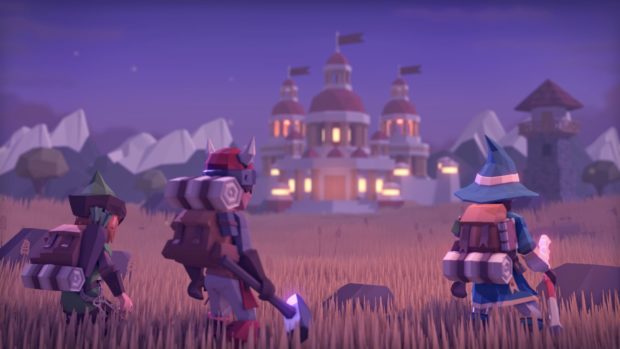 “For The King” blends turn-based play and a fantasy setting with inspiration from tabletop games. Image: Iron Oak Games via AFP Relaxnews

A fantasy adventure inspired by lavish board game layouts, “For the King” is this week’s PC game giveaway from the Epic Game Store, free for a week from April 23 to April 30.

On Steam, 2011’s “Total War: Shogun 2” for PC, Mac and Linux is expected to go free from April 27 to May 1, according to backend changes marked by unofficial tracker SteamDB.

The long-running strategy franchise has much more recently visited China, albeit 14 centuries further back in history, through 2019’s “Total War: Three Kingdoms”; perhaps we’ll learn more about the timing of this “Shogun 2” giveaway in due course.

Excellent super-powered police parkour playgrounds “Crackdown” and “Crackdown 2” for the Xbox 360 surfaced again this week as free downloads from the Microsoft Store, both compatible with the Xbox One.

In fact, they’ve been free for a while—since November 2018 and March 2019 respectively, sandwiching the February release of “Crackdown 3.”

The third game is currently part of Xbox Game Pass, the Microsoft brand’s $9.99 (over P500) library subscription scheme that includes all-new Xbox Studios output as well as over 100 contributions from partnerships.

The existence of subscription services like XGP might be one reason why console companies have been relatively reluctant to participate in COVID-19 related giveaways in recent weeks, though PlayStation still has “The Nathan Drake Collection” and “Journey” available to keep if claimed before May 5.

(Some PlayStation 4 users noticed that “Pac-Man: Championship Edition 2” was temporarily free earlier in the week, though as the result of a price error rather than a co-ordinated giveaway.)

On Android and iOS, we suggest checking out highly rated retro-style role-playing adventure “Evertale,” currently free as periodically happens—though be aware that its usual and modest price, less than $1 (over P50), is dwarfed by optional in-app purchases that run to $89 (around P450).

As well as mobile devices, it’s also designed for use with a Merge Cube, usually a 3D-printed object but one that can also be made using paper or card, scissors and glue, according to the Wakelet guide at wke.lt/w/s/R-omd4.

Just as eye-catching on Android, especially for puzzle fans, are “SLOC”, a two-dimensional twist on Rubik’s classic toy, and the exquisitely minimal “Zenge” (also on iOS though paid at the time of writing), while “Gruffalo Games” (iOS version, still paid on Android) offers interactive entertainment for a younger audience. CL /ra