Cuddling up during confinement could make your relationship stronger, says study 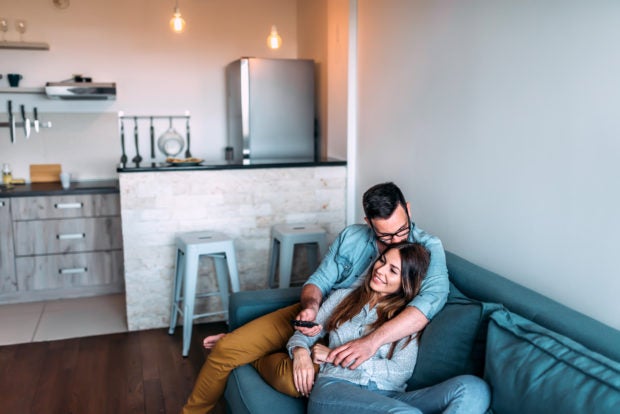 We might all be social distancing at the moment, but new United States research has found that cuddling up to your partner during confinement could help build a stronger relationship.

Carried out by researchers from Binghamton University, State University of New York, the new study looked at 184 heterosexual married couples over the age of 18 and interviewed each person separately.

The participants were asked how often they experienced non-sexual intimate touch or everyday affection in their relationship, such as hugging, holding hands or cuddling.

Subjects were also asked about their relationship satisfaction and their attachment style, which describes the bonds we have with others. For example, avoidant individuals prefer more distance, while anxious individuals want more closeness with their partner. Each person’s style develops in childhood, but can change over time and vary with the individual in question.

The findings, published in Journal of Social and Personal Relationships, showed that the more routine, everyday affection that couples experienced in their relationship, the more satisfied they felt receiving their partners’ touch, even if they had avoidant attachment styles and usually preferred more distance.

The team also found that experiencing a higher level of this “touch satisfaction” was also positively linked to marital quality.

The team notes that the results do not show cause and effect, however, they do show an association between non-sexual physical affection and relationship satisfaction.

Although some of us can’t be with loved ones at the moment due to the COVID-19 pandemic, Wagner says that those who can might want to show some extra love and affection to their partner, as long as they are okay with it.

“Feel free to give some extra snugs on the couch. There’s plenty of evidence that suggests touch as a way to decrease stress,” she said.

“I think we should all hold the loved ones we can a little closer and be thoughtful of the struggles that others might be having because they can’t do just that,” she added. “If anything is true for me, a hug has become even more precious than it was before.” JB