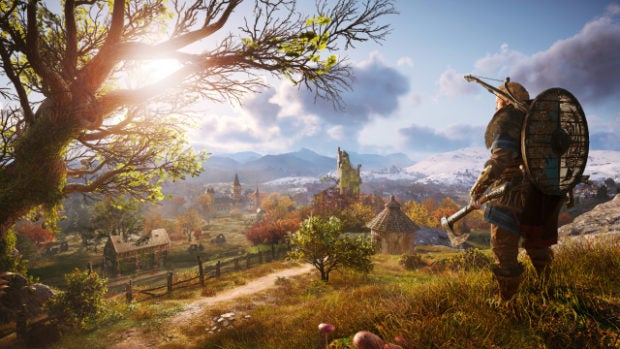 Xbox is to host an “Assassin’s Creed Valhalla” preview during its May 7 debut of Xbox 20/20. Image: Courtesy of Ubisoft via AFP Relaxnews

Microsoft’s gaming division, Xbox, is to hold a series of showcase presentations each month starting this month and leading up to late 2020’s Xbox Series X console release.

Beginning with May 7’s episode of Inside Xbox, available from 8 a.m. PST through Xbox’s accounts on Mixer, Twitch, Facebook, Twitter and YouTube, Microsoft will showcase various aspects of the Xbox Series X console era.

Confirmed for inclusion in the May edition is Ubisoft’s Viking-themed historical action fantasy, “Assassin’s Creed Valhalla”, whose setting was revealed the previous week.

The showcase series is called Xbox 20/20, and the May episode will focus on “a first look at next-gen gameplay, trailers and sneak peeks from a wide variety of publishing partners and independent developers across the globe and industry,” per the unit’s preview announcement.

Games shown will conform to Xbox Series X’s Smart Delivery feature. Smart Delivery is another way of saying that games will be optimized for a variety of consoles and console revisions.

That’s an important factor for Xbox, given the priority placed upon Series X compatibility with Xbox One and even Xbox 360 games. It also smoothes the transition between console generations for video game fans.

(PlayStation is also targeting backward compatibility between PS5 and older games, though at this point Xbox appears to have the advantage.)

The series provides a closer look at Xbox One and Series X games after an initial focus on hardware and product design, while a teaser for the show appears to reveal a 10-second audiovisual treatment for the Series X.

Though no specific games were mentioned, these could include “Halo Infinite”, “Minecraft Dungeons”, “Wasteland 3” and “Microsoft Flight Simulator”, as well as “Senua’s Saga: Hellblade II”, “Everwild”, “Grounded” and “Psychonauts 2”.

As access to Xbox Game Studios output is included as part of Xbox Game Pass membership; the preview would also provide an opportunity to underline the benefits of Xbox’s game library subscription scheme. RGA