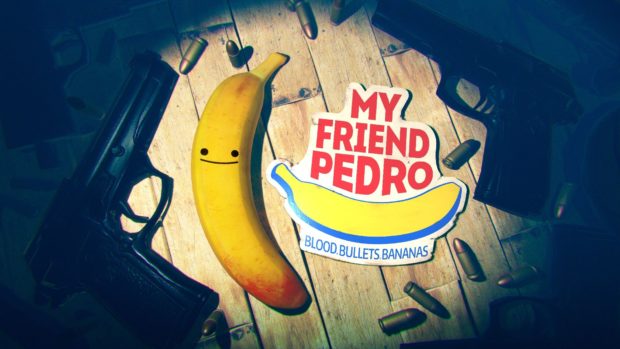 The creator of the “John Wick” franchise, Derek Kolstad, is in the process of pitching two video game adaptations as potential TV series.

He told ComicBook.com that, among other projects, he was approaching other industry contacts over the possibility of using recent indie hits “My Friend Pedro” and “Bendy and the Ink Machine” as the basis for new TV shows.

Both have their roots in the independent game development community and attracted enthusiastic fan communities.

“My Friend Pedro”, a game about a hitman on a dubiously motivated rampage, was the result of a solo developer’s 15-year-old Flash experiment.

As a winding, multi-character, episodic survival horror in a vintage Disney style, “Bendy and the Ink Machine” was produced by a small studio partnership headquartered in Ottawa, southeast Canada.

Of immediate relevance is that “My Friend Pedro” won comparisons to “John Wick” and especially, the “Deadpool” movies, with its acrobatic movement, kinetic gunplay and the off-kilter main character, whose main adviser is a talking banana.

The projects would appear to be very early in development if Kolstad is now shopping them to potential partners, whether directly or via news reports echoing his interest in the properties.

The day before ComicBook.com’s piece went live, “Bendy and the Ink Machine” creator and studio co-founder Paul “theMeatly” Crawford suggested that he’d like to see “The Shape of Water”, “Hellboy” and “Star Trek: Discovery” actor Doug Jones as the antagonist.

I think it’s safe to assume that if there’s ever a movie adaptation of “Bendy and the Ink Machine”, @actordougjones would need to perform the role of the Ink Demon. :P
Always wanted to work with him!

“I think it’s safe to assume that if there’s ever a movie adaptation of “Bendy and the Ink Machine”, @actordougjones would need to perform the role of the Ink Demon. Always wanted to work with him!” he wrote on Twitter.

Jones responded within a day to say that he’d be honored — “I absolutely would be thrilled. (smiley face) I’ll keep an eye open to opportunity,” Crawford replied. CL