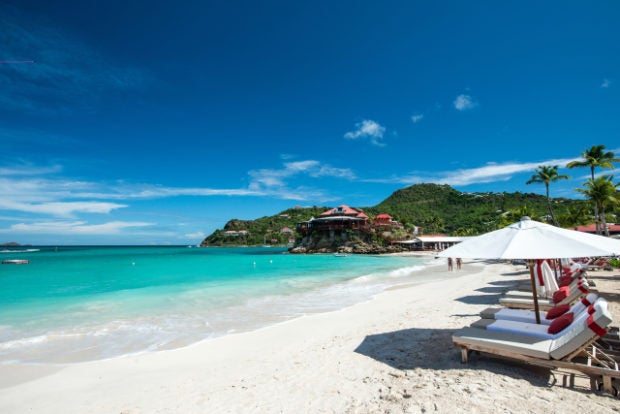 Spending time by the beach could boost mental health, according to new research. Image: IStock.com/daniloforcellini via AFP Relaxnews

Now that lockdowns are lifting in many areas and many can travel more freely, the best place to head to could be the beach or a nearby lake, after new research found that being near areas of water could help boost our mood and well-being.

Led by the Barcelona Institute for Global Health (ISGlobal), a center supported by the “la Caixa” Foundation, the new small-scale study looked at 59 adults to see how blue spaces, which are areas that mainly feature water such as beaches, lakes, rivers or fountains, could help improve well-being.

Before, during and after each activity, the participants had their blood pressure and heart rate measured and completed questionnaires to assess their well-being and mood.

The findings, published in Environmental Research, showed that the participants had significantly improved levels of well-being and mood immediately after they had walked in the blue space, compared with walking in the urban area or when resting at home.

When the researchers looked to see whether there were any benefits for cardiovascular health, as measured by the participants’ heart rate and blood pressure, there was no statistically significant difference after they had been in a blue space or an urban space. However, the authors say that this could be down to the design of the study, and blue spaces still appear to bring benefits for mental health.

“Continuous, long-lasting exposure to these spaces might have positive effects on cardiovascular health that we were not able to observe in this study,” commented lead author Cristina Vert. “Our results show that the psychological benefits of physical activity vary according to the type of environment where it is carried out, and that blue spaces are better than urban spaces in this regard.”

Although many studies by ISGlobal have already shown that spending time in green spaces, such as parks, can bring health benefits, including a lower risk of obesity, improved attention in children and slower physical decline in older adults, there has been less research on the benefits of blue space. The new study now provides further evidence that blue spaces can also boost health and well-being.

“According to the United Nations, 55% of the global population now lives in cities,” explained Mark Nieuwenhuijsen, coordinator of the study. “It is crucial to identify and enhance elements that improve our health — such as blue spaces — so that we can create healthier, more sustainable and more liveable cities.” RGA