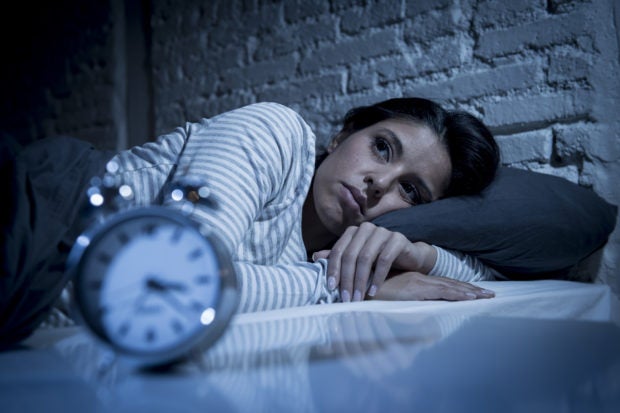 Researchers assessed whether there is a genetic association between insomnia and major cardiovascular diseases, including coronary artery disease, heart failure, atrial fibrillation and stroke. Image: iStock/OcusFocus via AFP Relaxnews

In the first-of-its-kind study, researchers at Karolinska Institutet in Stockholm, Sweden looked at data gathered from around 1.3 million people taking part in four major studies.

The researchers assessed whether there is a genetic association between insomnia and major cardiovascular diseases, including coronary artery disease, heart failure, atrial fibrillation and stroke. They used a technique called Mendelian randomization, which involves studying genetic variants to see if certain factors are associated with a higher or lower risk of disease.

As Mendelian randomization gives more reliable results if an association is found it is more likely to suggest a direct relationship.

The findings, published in the American Heart Association’s journal Circulation, showed that genetic variants for insomnia were associated with a significantly higher chance of experiencing coronary artery disease, heart failure, and ischemic stroke, particularly large artery stroke. However, no association was found for atrial fibrillation.

Although previous research has already found an association between insomnia and an increased risk of developing heart disease and stroke, this evidence is based on observational studies that are unable to determine whether insomnia is a cause of the increased risk of disease or if it is just associated with the conditions.

Dr. Susanna Larsson, the study’s lead author, commented that “It is important to identify the underlying reason for insomnia and treat it. Sleep is a behavior that can be changed by new habits and stress management.”

However, the team also noted that a limitation of the study is that the findings show a genetic variant link to insomnia and not whether participants actually had insomnia.

According to the researchers, insomnia affects up to 30% of the general population. Experts are becoming increasingly concerned about what they call a growing “sleep loss epidemic” with sleep deprivation now linked to a variety of health problems including weight gain, cancer and depression. HM