The sun has started a new solar cycle, NASA confirms 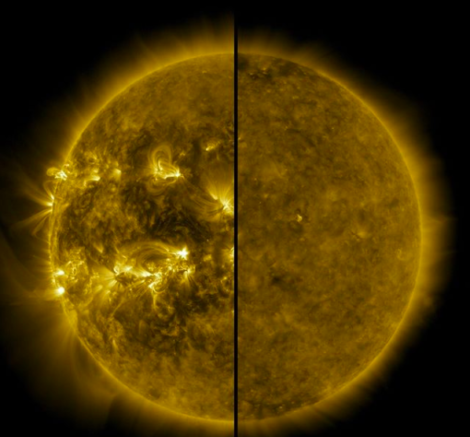 The sun has already begun a new solar cycle – Solar Cycle 25, to be exact – the National Aeronautics and Space Administration (NASA) confirmed.

The new solar cycle, which the sun’s magnetic field goes through about every 11 years, started last December 2019, experts from NASA and the National Oceanic and Atmospheric Administration (NOAA) said in the Solar Cycle 25 Prediction Panel yesterday, Sept. 15.

During a solar cycle, the sun’s magnetic activity goes from ordered and relaxed to taut and tangled, before eventually calming down again, then start a new one.

Experts confirmed that last December was the beginning of a solar minimum, which is when the sun has the least sunspots and minimum activity, according to NASA.

Solar activity is then expected to ramp up over the years and experts predict July 2025 as the period of solar maximum – the middle of the solar cycle – which is when the sun has the most sunspots, and solar activity is at its highest.

Scientists track solar cycle progress using sunspots, which NASA describes as “the dark blotches on the sun [that] are associated with solar activity, often as the origins for giant explosions – such as solar flares or coronal mass ejections – which can spew light, energy, and solar material into space.”

The space agency took to Instagram earlier today, Sept. 16, to share a split photo of a solar maximum and minimum, giving the public a visual of the huge difference between two different points of the cycle.

🌞 It’s the circus of the Sun.⁣⁣ ⁣⁣ Today, scientists confirmed that a new solar cycle is underway, meaning that we expect solar activity start to ramp up over the next several years.⁣⁣ ⁣⁣ As this split image shows, our Sun goes through natural cycles. During solar maximum (left), it's freckled with sunspots, and its magnetic field, which drives solar activity, is taut and tangled. During solar minimum (right), sunspots are few and far between, and the Sun’s magnetic field is ordered and relaxed.⁣⁣ ⁣⁣ Understanding the Sun’s behavior is an important part of life in our solar system. The Sun's powerful outbursts can disturb the satellites and communications signals traveling around Earth, or one day, Artemis astronauts exploring distant worlds. NASA and National Oceanic and Atmospheric Administration (@noaa) scientists study the solar cycle so we can better predict solar activity.⁣⁣ ⁣ Credit: NASA/SDO⁣ ⁣⁣ #NASA #Sun #Heliophysics #Solar #Sunspots #SpaceWeather

“Understanding the Sun’s behavior is an important part of life in our solar system,” NASA said in the post. “The Sun’s powerful outbursts can disturb the satellites and communications signals traveling around Earth, or one day, Artemis astronauts exploring distant worlds.”

Even though the solar minimum started last December, NASA’s announcement only came now as they note that the “Sun is so variable, it can take months after the fact to declare this event.”

Solar Cycle 25 is expected to be as only strong as the last solar cycle, which was a below-average cycle, although it is still not without risk, according to Doug Biesecker, panel co-chair and solar physicist at NOAA’s Space Weather Prediction Center (SWPC).

“Just because it’s a below-average solar cycle, doesn’t mean there is no risk of extreme space weather,” Biesecker said in a statement via NASA.

“The Sun’s impact on our daily lives is real and is there. SWPC is staffed 24/7, 365 days a year because the Sun is always capable of giving us something to forecast,” he added.