Could PlayStation 5 and Xbox Series X be swan song for consoles? | Inquirer Technology

Could PlayStation 5 and Xbox Series X be swan song for consoles? 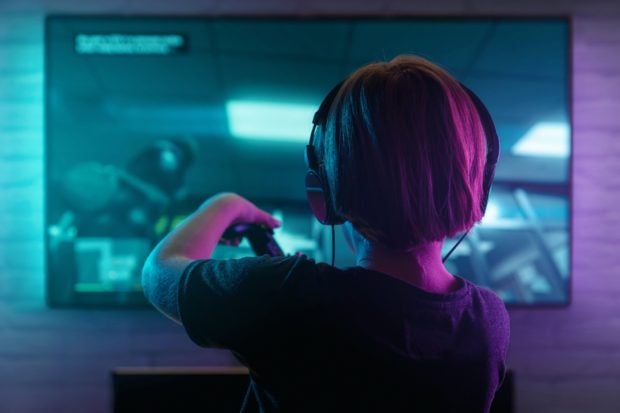 The gaming industry is already beginning to move away from big expensive machines to cloud gaming, where the play is happening online. Image: Nastco/IStock.com via AFP Relaxnews

The upcoming release of the ninth generation of gaming consoles by Sony and Microsoft is set to be a sales slam dunk with consumers seeking entertainment during pandemic confinement, but could it also be their swan song as the habits of gamers change?

Both companies have been dripping out information for months about the PlayStation 5 (PS5) and the Xbox Series X to build excitement, and now have announced the consoles will hit shelves — and living rooms — in mid-November.

Pre-orders for the PS5 quickly maxed out at several retailers, showing many gamers are indeed raring to upgrade and setting up a sales battle just in time for the holiday season.

And it will be a major upgrade in terms of hardware as the current generation of machines were released all the way back in 2013. Both new consoles will offer much more powerful central and graphics processors, support 4K televisions, as well as offer ray tracing, which allows for better rendition of how light behaves. All of this will all make for more fluid and vivid play.

“When one looks at the technical specifications of the new consoles, there 10 times above the current generation. We’re going to have games that are more beautiful, more realistic, more immersive. People are going to be blown away,” said Charles-Louis Planade, a video game expert with Midcap Partners.

Dark cloud in the sky?

Sony has the 110 million PS4 consoles it has sold over the past seven years as a gauge of success, more than double the amount of its competitor the Xbox One.

“For Microsoft, the challenge is to not to let Sony get too far ahead, maybe even the game with it,” Planade told AFP.

Taking into account the growing number of players, the analyst believes it possible they could match their previous success.

Others aren’t so sure given the changes in the industry, which is already beginning to move away from big expensive machines to cloud gaming, where the play is happening online.

“This generation could be the last physical consoles. It’ll be the last time we’ll hear talk of teraflops,” said Audrey Leprince, co-founder of the independent game studio The Game Bakers.

A teraflop refers to the capacity of a processor to calculate a trillion operations, and both Sony and Microsoft have been vaunting the speed and power of their new consoles.

Leprince said there haven’t been any major innovations with game interfaces or with the games themselves.

But “the stone in the pond… is the shift to the subscription model” which means the console makers are becoming a “Netflix of video games,” she said.

The subscriptions — Game Pass for Microsoft and PlayStation Plus for Sony “are going to completely revolutionize the industry as was the case for films and music,” said Leprince.

The Game Pass already operates much like a Netflix for video games by offering access to a catalog of titles, while PlayStation Plus offers other services that are attractive to gamers such as playing online with friends.

“The challenge for the console manufacturers is to hold onto their subscribers so as not to give an opening to challengers” such as Google or Amazon, said Planade.

The two web giants are betting on cloud gaming which allows them to dispense with consoles. Games can run on a variety of devices such as smartphones and tablets. As it is the servers in the cloud that do the heavy lifting in terms of processing, there is no need for powerful and costly consoles.

But both firms have also take a step towards cloud gaming by offering lower-priced versions of their new consoles without drives. Games have to be downloaded from the web or streamed, and have dedicated xCloud and PlayStation Now services.

“We’re in a transition phase,” said Laurent Michaud, an analyst who specializes in the video game industry, who expects consoles and cloud gaming to coexist for a while.

The “trends indicate that this won’t be the last generation of consoles,” he believes.

Many gamers value playing on big, high-resolution screens, and publishers are going to want to exploit 8K televisions which offer a much superior experience.

“Networks, even in a few years, won’t be rapid enough to transport” images for 8K screens, noted Michaud.

With “technology putting all the manufacturers on the same level” it is the catalog of games “that will be even more important than in the past for the success of this generation.”

Not by chance both Sony and Microsoft have lined up a number of eagerly awaited game titles to launch with the consoles. IB