Finger pointed at poachers after rare lynx killed in France 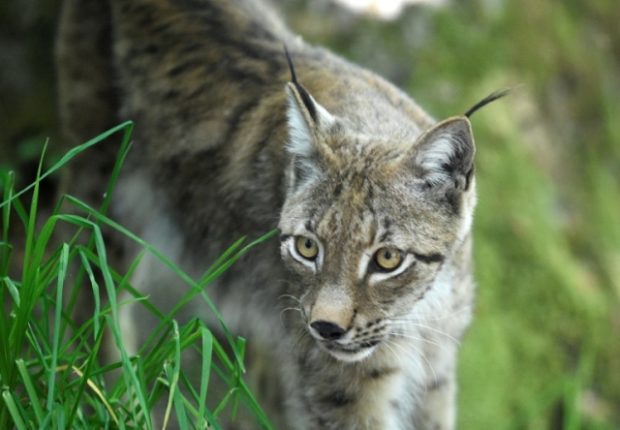 A female lynx is pictured at the animal park of Sainte-Croix, on June 03, 2020, in Rhodes, eastern France. Image: AFP / JEAN-CHRISTOPHE VERHAEGEN.

A lynx, one of Europe’s rarest mammals, has been found shot dead in eastern France in a suspected killing by poachers, local officials said Tuesday, Jan. 5.

The only big cat species to live in the wild in France, the lynx carcass was found on Dec. 31 in the Jura mountains and an autopsy showed it was shot, the local environmental protection agency said in a statement.

The killing of one of the estimated 150 lynx believed to live in France is a “serious blow for the population” coming after two lynx were also killed at the start of 2020.

The lynx is detested by some hunters because of the large amount of prey that it consumes. A criminal investigation has been opened and the culprits risk up to three years in prison and a fine of €150,000 (around $185,000 or P8.9 million) if caught.

Two-thirds of France’s lynx population is in the Jura and the rest is concentrated in the Alps, with a sporadic population in the Vosges mountains also in the east. CC