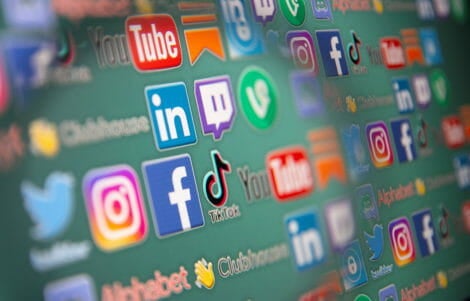 A Facebook whistleblower, Frances Haugen, made a big splash last year with documents showing that subsidiary Instagram was harmful to teenagers while others have alleged that social media platforms spread dangerous misinformation about coronavirus and the vaccines to prevent it, among other ills.

Under the bill, the National Science Foundation and National Academy of Sciences, Engineering and Medicine would do a study into potential interventions that Facebook or others could use to address problems of social media addiction, Klobuchar’s office said in a release on Thursday.

The Federal Trade Commission would create rules based on the findings, and hold the platforms accountable if they do not comply, the release said.

“For too long, tech companies have said ‘Trust us, we’ve got this.’ But we know that social media platforms have repeatedly put profits over people, with algorithms pushing dangerous content that hooks users and spreads misinformation. This bill will help address these practices,” said Klobuchar in a statement.

Your subscription could not be saved. Please try again.
Your subscription has been successful.
TOPICS: addiction, Facebook, Instagram, legislation, Social Media, Twitter, US
Read Next
What Is Stream Sniping? Everything You Need To Know
EDITORS' PICK
Viral phone HONOR X9a 5G launched at P16,990
House energy committee chair Arroyo bats for cheap electricity
Marcos told: Comply with ICC probe to give justice to victims of Duterte’s drug war
Things you can do with vivo Y02s’ upgraded 3GB+64GB storage
Inexplicable price hikes, supply confusion: After onion, garlic may be next
ICC resumes probe on PH’s drugs war
MOST READ
LOOK: Heart Evangelista joined by husband Chiz Escudero in Paris
Gasoline, diesel prices likely to increase again on Jan 31
Sharon Cuneta’s wish for daughter KC Concepcion: to find ‘true love’
Bea Alonzo reveals she will ‘never’ be friends with Gerald Anderson
Don't miss out on the latest news and information.