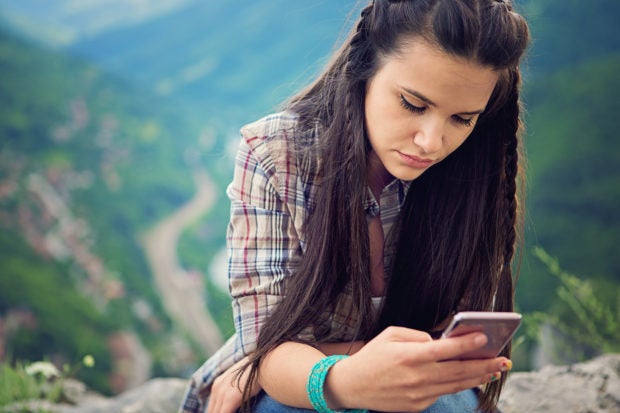 “Very frequent” social media was associated with increased psychological distress, according to a study, with greater incidence in girls than boys. Image: iStock/praetorianphoto via AFP Relaxnews

University College London researchers are suggesting that content posted and viewed on social networks could play a more determining role in the incidence of depression in teens than the social platforms themselves.

Social media has been associated with negative effects on mental health. An Australian study published in late 2018 in The Australian Journal of Psychology has compared the abusive use of the platforms to addictions to substances such as alcohol.

A January 2019 study published in The Lancet has established a link between excessive social media consumption and teenage depression.

But the main problem is not with the social networks themselves, but rather the manner in which they are used, according to their study, published Tuesday, Aug. 13, in The Lancet Child & Adolescent Health, which surveyed 12,866 adolescents aged 13 to 16.

The participants were interrogated on the frequency of social network usage, with checking one’s phone over three times qualified as “very frequent” usage by the researchers. These indications did not, however, take into account connections from a computer.

The teens were also prompted for information regarding their mental health, across variables such as life satisfaction, happiness and anxiety.

The researchers noted that very frequent use of social media was associated with a higher incidence of psychological distress, especially in young girls.

“Our results suggest that social media itself does not cause harm, but that frequent use may disrupt activities that have a positive impact on mental health such as sleeping and exercising,” said study co-author Russell Viner, of UCL’s Great Ormond Street Institute of Child Health.

The theory has been floated before, a Canadian study published in July in the journal Jama Pediatrics suggests that time spent on social media replaces that which could be spent on more uplifting activities, such as sports or walks in nature.

Viner’s team alerts us that another risk faced by teens is exposure to cyberbullying, especially for young women, and that interventions aiming at promoting mental health should include efforts to prevent cyberbullying. HM/JB