AMD will kick off the holiday season with its new graphics cards. The AMD RX 7900 XTX and XT GPUs use the new RDNA 3 architecture. 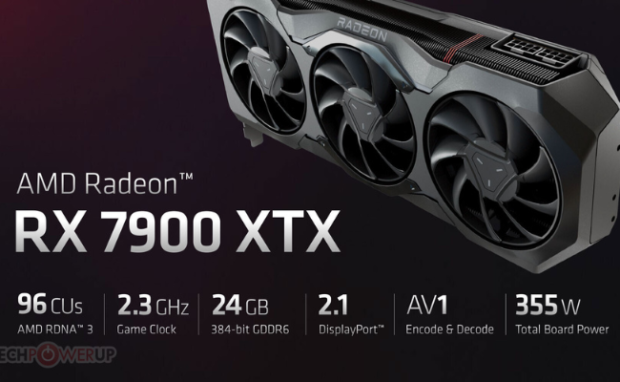 It has 24GB of GDDR6 memory with an up-to-384-bit bus. Unlike Nvidia, AMD seems to focus on energy efficiency.

The RX 7900 XTX requires 350 watts for board power, while the RTX 4090 needs 450 watts. As a result, you will not need to use special connectors or adapters.

The XTX and XT use regular eight-pin connectors. On the other hand, the Nvidia 4090 uses a new 12-pin 12 VHPWR connector.

It recently drew flak after reports of RTX connectors burning and melting. Still, Nvidia’s options are more powerful than AMD’s.

The American firm promises its RDNA 3 will provide a 54% performance boost per watt compared to RDNA 2.

AMD claims the new architecture can provide up to 61 TFLOPs, leagues ahead of the RDNA 2’s 23 TFLOPs. Note that stats from different architectures are difficult to compare.

If AMD sticks with the announced prices, the RX 7900 XTX will be half the price of the RTX 4090. Which one do you prefer?

These GPUs will also require less electricity than their Nvidia counterparts. However, their visual quality would probably be inferior to the RTX 4000 series.

We will have to wait for the launch date to see its true performance. Why not read more Inquirer Tech articles while waiting?