The Supreme Court has issued this reminder to Internet users about the perils of posting online, saying even those tagged as private never really escape public viewing, including unintended audiences.

Ruling on a case involving controversial photos of minors posted on the social networking site, the high court’s Third Division cited “self-regulation” as the best defense against breach of privacy, especially among the tech-savvy selfie generation. 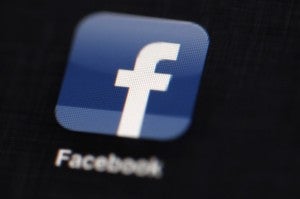 It gave lengthy discussion on Facebook use in its 18-page decision denying a petition for habeas data filed by parents of two high school students of St. Theresa’s College (STC) Cebu, citing the protection of their Facebook photos that school officials found objectionable.

Habeas data is a remedy provided to “any person whose right to privacy in life, liberty or security is violated or threatened” through the “gathering, collecting or storing of data or information regarding the person family, home and correspondence of the aggrieved party.”

The Facebook photos, which showed the students drinking and smoking in a bar, and wearing just undergarments on a street, prompted school officials to ban five students from marching in their graduation rites in March 2012. The photos were uploaded by one of their friends.

STC, a Catholic all-girls school described by the court as “conservative,” found that the students had violated several provisions on conduct laid down in the school’s student handbook.

The court ruled that “STC did not violate the minors’ privacy rights.”

“STC cannot be faulted for being steadfast in its duty of teaching its students to be responsible in their dealings and activities in cyberspace, particularly in [social networks], when it enforced the disciplinary actions specified in the Student Handbook, absent a showing that, in the process, it violated the students’ rights,” the decision said.

In rejecting the habeas data petition, the Supreme Court upheld the decision of the Cebu City Regional Trial Court Branch 14 denying the parents’ plea. The lower court had found that “the photos, having been uploaded on Facebook without restrictions as to who may view them, lost their privacy in some way.”

“It is well to emphasize at this point that setting a post’s or profile detail’s privacy to “Friends” is no assurance that it can no longer be viewed by another user who is not Facebook friends with the source of the content,” the high court said in ruling against the petition.

It delegated the duty of privacy protection to online users themselves, saying court relief “requires” that “claimants themselves take utmost care in safeguarding a right which they allege to have been violated.”

“It is, thus, incumbent upon internet users to exercise due diligence in their online dealings and activities and must not be negligent in protecting their rights. Equity serves the vigilant,” it said.

“We cannot afford protection to persons if they themselves did nothing to place the matter within the confines of their private zone. [Online] users must be mindful enough to learn the use of privacy tools, to use them if they desire to keep the information private, and to keep track of changes in the available privacy settings, such as those of Facebook, especially because Facebook is notorious for changing these settings and the site’s layout often.”

The Philippines has among the most active populations on Facebook, with some 30.2 million users as of February 2013. In 2012, the country was ranked eighth among countries with the most number of Facebook users, nearly a fifth of whom were teens 13 to 17 years old.

The students’ parents filed a separate suit for injunction and damages in a bid to fight the school’s penalty and compel them to allow the minors to attend the graduation ceremony. The Cebu Court issued a temporary restraining order against the graduation ban, but the school enforced the sanction as it appealed the ruling.

“… [S]elf-regulation on the part of online social network users and internet consumers in general is the best means of avoiding privacy rights violations. As a cyberspace community member, one has to be proactive in protecting his or her own privacy. It is in this regard that many online users, especially minors, fail,” the Supreme Court’s Third Division said in a ruling on Sept. 29.

It urged online users, especially teenagers, to observe “netiquettes” when using social networks, noting the “widespread notion” that minors could sometimes “go too far since they generally lack the people skills or general wisdom to conduct themselves sensibly in a public forum.”

The decision, penned by Associate Justice Presbitero Velasco Jr., said the level of access that Facebook has allowed users despite its privacy settings has been a “confirmation of [its] proclivity towards user interaction and socialization rather than seclusion or privacy, as it encourages broadcasting of individual user posts.”

“In fact, it has been said that [social networks] have facilitated their users’ self-tribute, thereby resulting into the “democratization of fame.” Thus, it is suggested, that a profile, or even a post, with visibility set at “Friends Only” cannot easily, more so automatically, be said to be “very private,” the court said.