LOOK: 91-year-old Enrile back to playing ‘Bejeweled’ at Senate 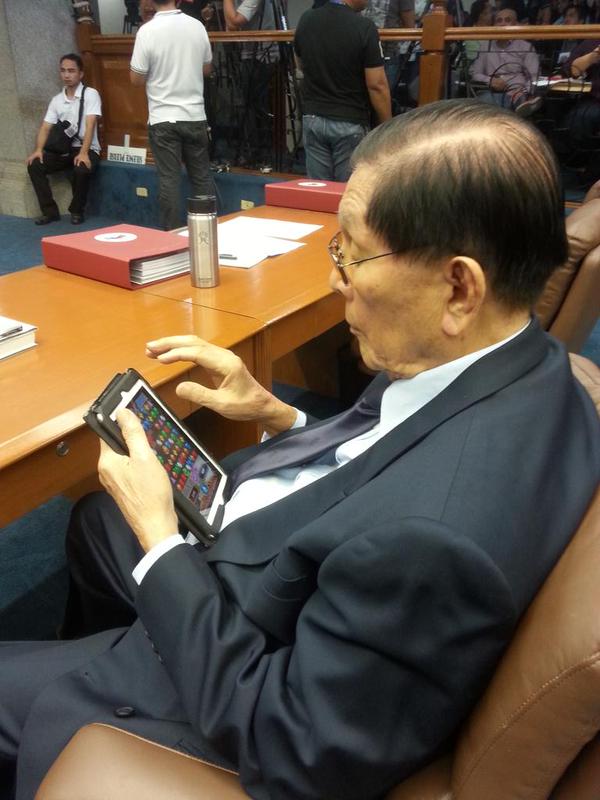 Senate Minority Leader Juan Ponce Enrile on Wednesday was seen playing the game “Bejeweled” on his tablet during the Senate’s last day of session before a three-week break.

In previous interviews, the 91-yearEnrile said playing Bejeweled was his way of sharpening his mind despite his age.

“I’ve been doing this for quite some time to exercise my diminishing intellectual capacity,” he said in 2013.

Enrile, who was facing plunder for his alleged involvement in the pork barrel scam, was granted temporary liberty through bail by the Supreme Court in August due to humanitarian reasons. He was detained for more than a year at the Philippine National Police General Hospital.

He was also rushed to the hospital last month due to dengue fever. YG/IDL