Gamers can help Duterte get bad guys with app 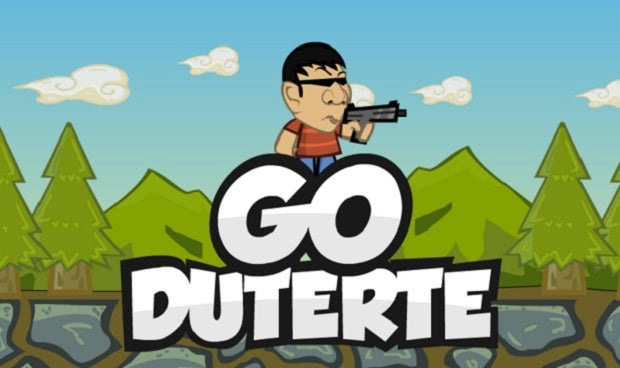 Gamers need to move the character Rody (Duterte) from left to right using the arrows on the lower left of the screen, as he encounters robbers, kidnappers, corrupt politicians and the rest of the gang.” There is a “shoot” button that players press and hold “to attack the enemies.”

“Be as alert and as fast as you can be,” the game urges. Players earn points by killing a “thug.” They can use the points to “buy additional weapons and ammunition.”

“Get Rody to rumble and be part of Duterte`s journey,” goes the game’s tag line.

The game has been receiving mixed reviews. Some said it was “fun,” while others complained the app was still “buggy.”

Other users cited the limited “levels” and wanted additional ones.

Some said they would like the “politicians” featured in the game to have real human faces instead of crocodile images.

For the game’s interface and the fact that it features the controversial Duterte, many of the users rated it five stars.

A few of the users however said it “sucked” because of the bugs. “Poor control and (user interface),” said gamer Lester Leona. Allan Nawal, Inquirer Mindanao