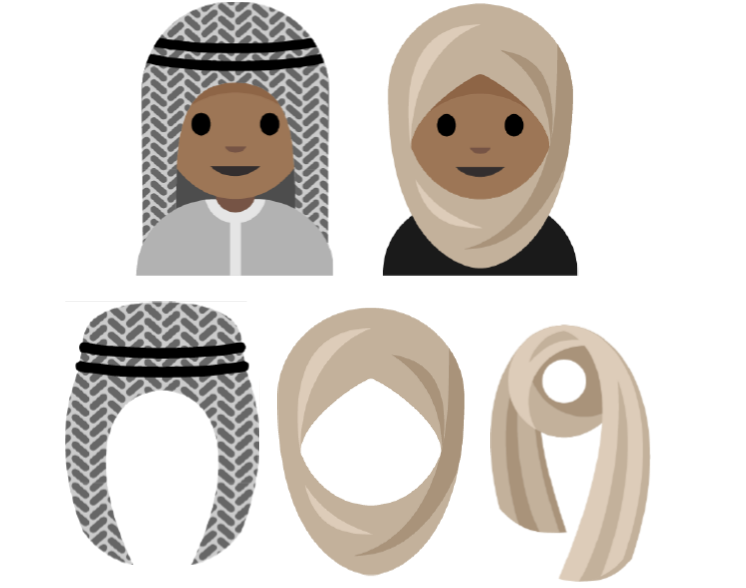 Thousands of people emojis are available online—from African-Americans to Asians, internet users can choose between a bounty of icons representing their race, occupation and ethnicity. Still, an emoji that represents Muslim women is still nonexistent.

A 15-year-old Muslim woman has proposed to the Unicode Consortium, the organization in charge of emojis, to create a Hijab emoji for Muslim women like her.

In an interview with the Washington Post, Berlin-based Saudi Arabian Rayouf Al Humedhi said that she felt “alienated” when her non-Muslim buddies used emojis in representing themselves in a group chat on WhatsApp, a messaging app.

“I wanted something to represent me, alongside the millions of women who wear the headscarf every day, and pride themselves on wearing the headscarf,” she told the news site. Her proposal drew the support of Reddit co-founder Alexis Ohanian, and the two teamed up to petition online and campaign on the social networking site.

“The woman in the headscarf would be a terrific addition to the Mosque and Islam symbol emojis, as the hijab is one of the most globally recognized iconic representations of Islam,” Al Humedhi wrote in her seven-page proposal.

She is currently revising her proposal based on feedback from Unicode Consortium subcommittee members before she turns it in for approval.  Gianna Francesca Catolico

ADVERTISEMENT
TOPICS: Emoji, hijab, Islam
Read Next
Apple iOS 10 update causing problems for some iPhone users
EDITORS' PICK
Mandaluyong fire put under control hours after it started
Leveling up your ‘lutong bahay’ with the kitchen companion you never knew you needed
Bato de la Rosa, Risa Hontiveros back bill increasing female recruitment quota in PNP
Quarantine violations still punishable despite deleted provisions in ‘Bayanihan 2’ – Bato dela Rosa
Someone from the Philippines can become $356 Million richer this Tuesday
Cherry Mobile teams up with Cloud Panda PH, launches online store
MOST READ
‘If I had not been SolGen, I will make you eat your words,’ Calida tells Coco Martin
5 car dealership outlets shutting down
51 percent of German firms holding back investments in PH, but not because of COVID-19
Senate OKs bill authorizing president to postpone opening of classes beyond August
Don't miss out on the latest news and information.